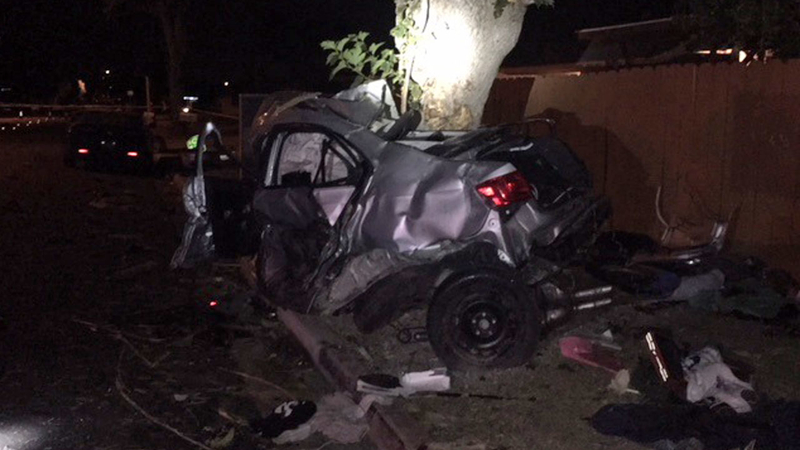 HEMET, Calif. (KABC) -- Two people were killed and another person was injured in a two-car crash in Hemet early Thursday morning.

Authorities said the collision happened just before 2 a.m. at the intersection of Buena Vista Street and Whittier Avenue.

During the investigation, detectives learned that the driver of a silver Volkswagen was heading westbound on Whittier at speeds between 90 and 100 mph. The driver failed to stop at the intersection and crashed into the front end of the truck.

The impact of the crash sent the Volkswagen up a curb, into a street sign, and partially around a tree just west of the intersection. Authorities saw that the man and woman inside the car died in the crash.

The Dodge was pushed up a curb and through a fence into the front yard of a home. The driver was not hurt and he remained at the scene. His female passenger was partially ejected from the vehicle and was taken to a hospital. She is expected to survive.

Authorities believe alcohol may have played a factor in the crash with the Volkswagen driver and that the Dodge driver may have been impaired.

The deceased man and woman were not identified pending notification of next of kin.