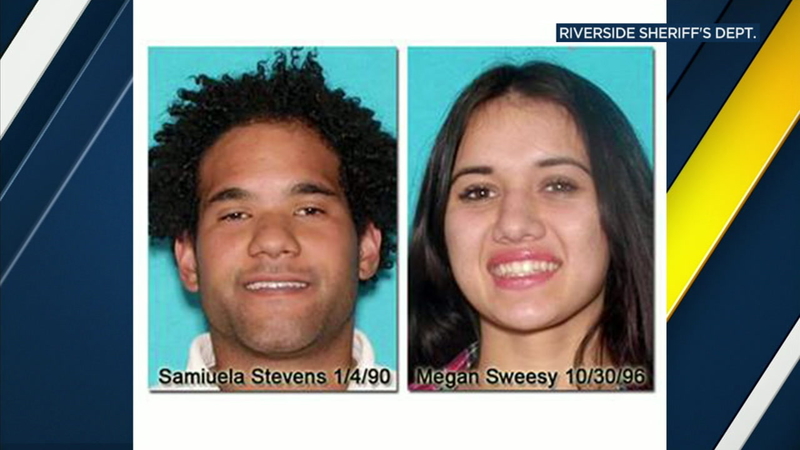 HEMET, Calif. (KABC) -- Two young children were found unharmed after authorities said they were abducted by their non-custodial parents in Hemet.

Four suspects were arrested, and the two children were returned to their grandparents after Tustin police located the wanted vehicle in the 14000 block of Newport Avenue at about 11 p.m. Monday, according to Riverside County sheriff's officials.

Samiuela Stevens, 28, and Megan Sweesy, 21, were accused of kidnapping Sione Stevens, who is almost 2 years old, and Akanesi Stevens, 8 months old, from their grandparents' home in Hemet on Friday.

The Riverside County Sheriff's Department said the children's grandparents have custody and the couple has only visitation rights.

The couple was believed to be traveling with Stevens' twin brother, Hamani Stevens. They were thought to be in Los Angeles County, possibly Venice Beach, Santa Monica or Lennox.

They were traveling in a black 2000 Nissan Altima with the Utah license plate UO94T.