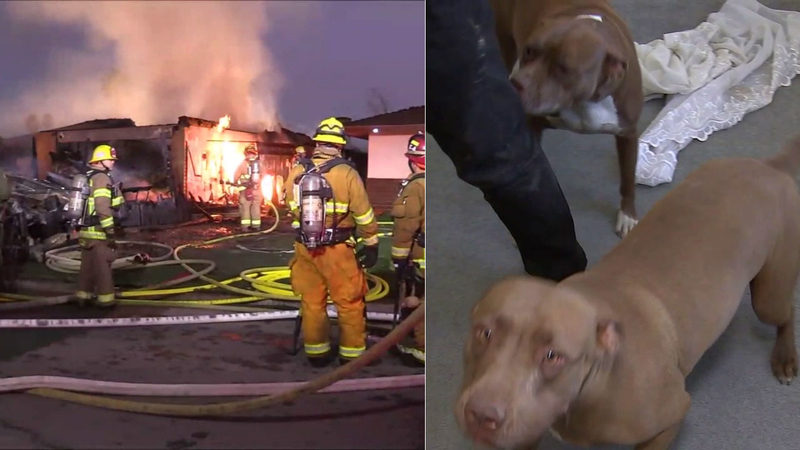 HEMET, Calif. (KABC) -- Firefighters rescued three people and seven dogs as a Hemet home was destroyed in an early-morning fire.

Neighbors reported hearing several explosions, and firefighters confirm that there was a gas line rupture and a transformer explosion.

That knocked out power to the whole neighborhood for hours. And the natural gas had to be shut off so firefighters could battle the flames without additional explosions.

The people who lived there were able to get out with three of their seven dogs, but there was too much smoke to go back for the rest.

That's when the owner started pleading with firefighters to go back inside.

"So they went back in and one guy said he'd seen a little wiggling moving on the loft. There they were. They just started grabbing them as fast as they could. One dog bit one of the firefighters."

"They were just awesome. They saved my dogs."

The home itself was a total loss but no injuries were reported.