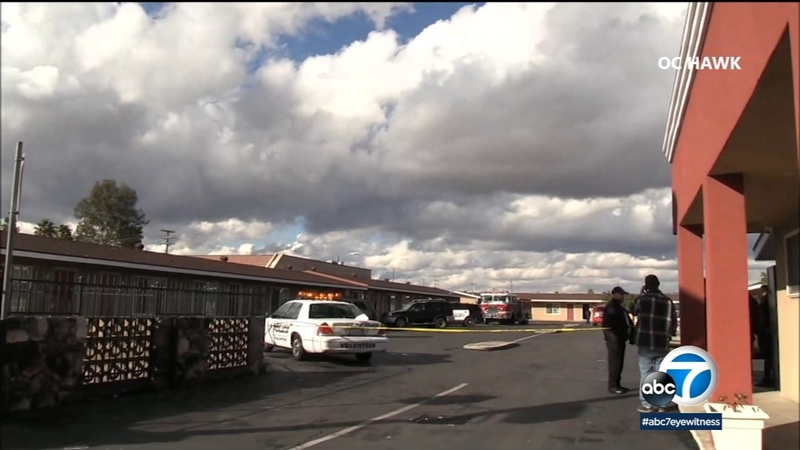 HEMET, Calif. (KABC) -- Cold weather may have played in a role in the deaths of two people who were discovered in a motel in Hemet.

The bodies of a man and woman were found in a room at the Coach Light Hotel on the 1600 block of W Florida Avenue Friday afternoon. Emergency responders reported finding high levels of carbon monoxide in the room, according to the Hemet Police Department.

The incident remains under investigation but a possible cause was the room's heater which was still running when they were found, according to police.