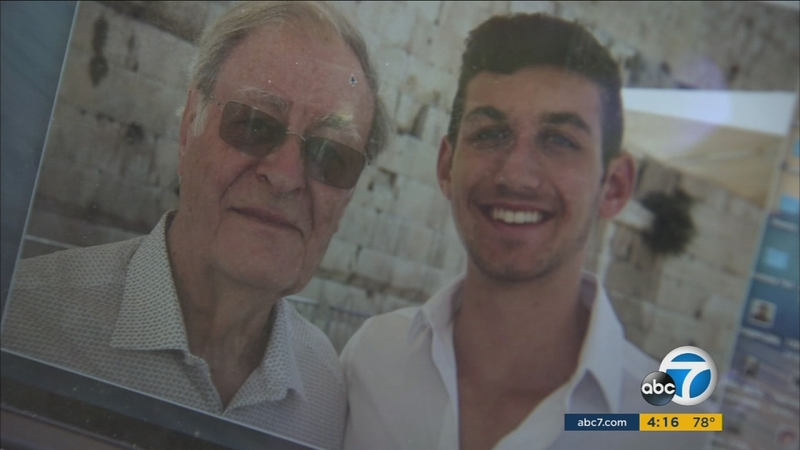 CALABASAS, Calif. (KABC) -- Our ABC7 Cool Kid for Thursday, July 13, is Drew Principe, who gave a Holocaust survivor the trip of a lifetime.

Henry Oster, an 89-year-old Holocaust survivor, delivered a speech at Drew's school, Viewpoint School, in Calabasas. After learning Henry had never traveled to Israel, Drew gave Henry a bracelet he had bought in the country when he was 14. It had a Jewish prayer stamped on it.

"You know, we don't get personal gifts from people. People don't take something off and give it to you," Henry said.

Moved by the gesture, Henry invited Drew to lunch and the pair met up again and again. After one of those instances, Drew told his mother he had an idea - he was going to send Henry to Israel.

The Principe family started a fundraising campaign, which their community joined in on. After raising enough money, Drew and his entire family took Henry and his wife to Israel in June.

The trip included Henry's bar mitzvah, which he never experienced as a child. He also got to meet his only living relative - a cousin who survived by hiding during the Holocaust.

Henry then met with Israel's chief Rabbi Lau. It was a 72-year reunion because Lau was with Henry when they were children at a concentration camp.

"Meeting the ultimate spiritual leader of Israel and as a friend - that's even more unusual. And, of course, family that I knew had been found only two years ago. So that's not your everyday trip," he said.

He added that he and Drew have become "more than family."

"He's become an integral part of our life," Henry said.