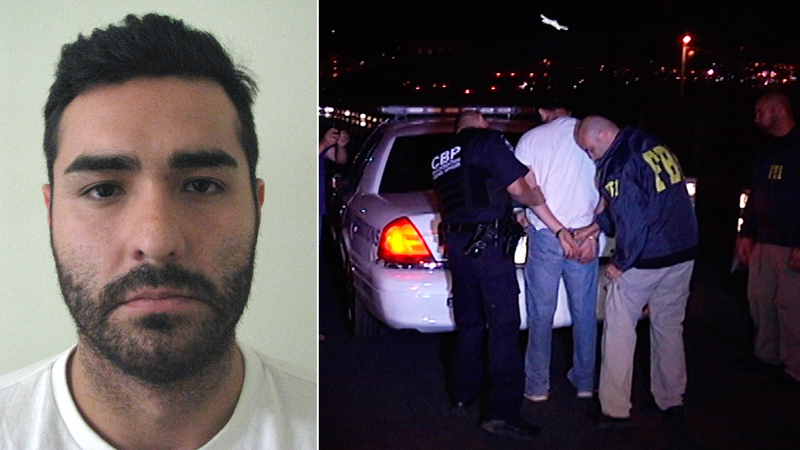 His arraignment is scheduled for Friday. After the arraignment, he will be handed over to the custody of the Los Angeles County Sheriff's Department and booked into another jail until a preliminary hearing is scheduled.

Officers from the Pomona Police Department traveled to El Paso, Texas, to escort Solis back to Southern California.

Solis was released on Thursday from the El Paso Police Department downtown jail, where he had been held following his capture in the Mexican border city of Ciudad Juarez on May 26.

The 27-year-old Solis, who is a former Marine, is accused in the March 13 shooting death of Salome Rodriguez Jr. outside a Pomona bar. According to a federal affidavit, Solis chased down Rodriguez after a fight and opened fire, killing him.

Victor Solis was caught on surveillance video with his son at an El Paso bus station on March 14. Solis initially told FBI agents that he dropped off his son at the station and did not have any information on his whereabouts, according to court documents.

He was later arrested for lying to FBI agents. His sentencing hearing will be in August.