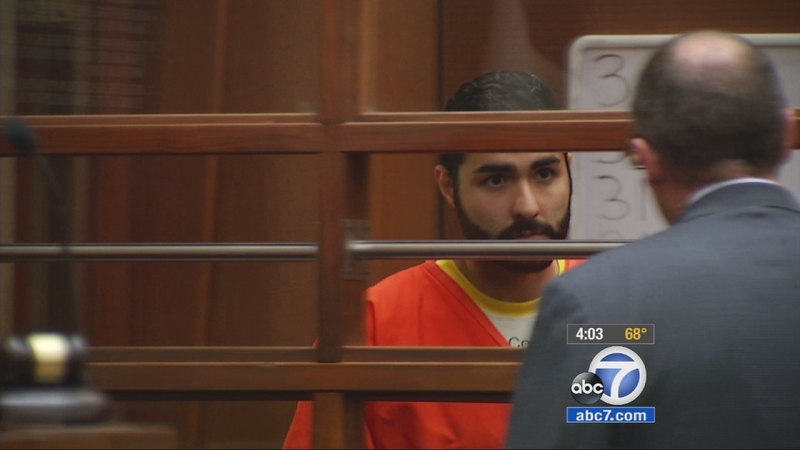 Henry Solis, 27, allegedly shot and killed Salome Rodriguez, Jr. after a fistfight on March. 13. He then fled to Juarez, Mexico, where he was arrested last week hiding with relatives.

In court more than two months after Salome's death, Lidia Rodriguez saw the man accused of killing her son.

"I knew he was going to be found in a matter of time," Lidia Rodriguez said.

The FBI alleges Solis's father Victor Solis drove his son to the U.S.-Mexico border in Texas. Victor Solis has already been convicted of lying to the FBI and faces up to five years in prison.

Meanwhile, son Henry Solis pushed his arraignment back until the end of June. His attorney is also fighting a request by prosecutors to bump his bail from $2 million up to $10 million.

The Rodriguez family hopes the court will see the ex-LAPD cop as a serious flight risk.

"If he leaves again, what if he's not found again?" Salome's sister AnaMarie Rodriguez said.