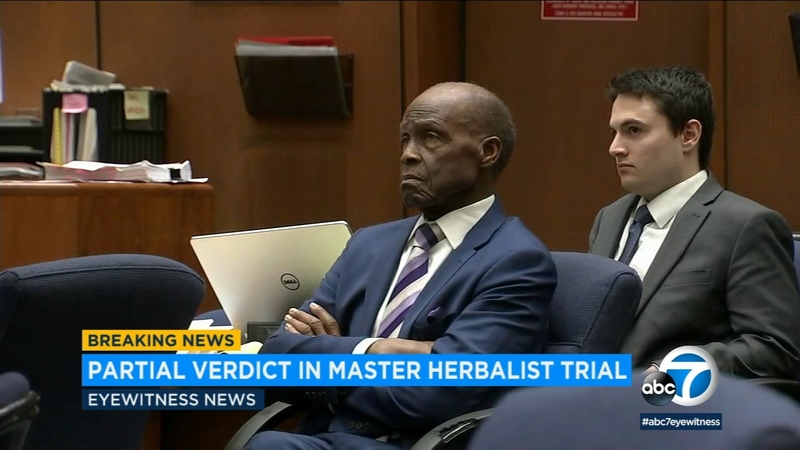 LOS ANGELES (KABC) -- Torrance herbalist Timothy Morrow, accused in the death of a 13-year-old boy, was found guilty Wednesday of practicing medicine without a license.

A Los Angeles Superior Court judge instructed jurors to return to court Thursday to continue their deliberations on a second misdemeanor count -- child abuse likely to produce death -- although the panel indicated that it was deadlocked on the charge.

"Let's come back one more day and see if you can reach a verdict. If you can, you can. If you can't, you can't,'' L.A. Superior Court Judge Victoria B. Wilson told the seven-woman, five-man panel. "Bear with me for one more day.''

The panel deliberated for about two hours before finding 84-year-old Morrow guilty of the misdemeanor charge of practicing without a license.

In closing arguments Tuesday, Los Angeles Deputy City Attorney Heidi Matz told jurors that Morrow gave "hope'' to the teen's family by assuring the boy's mother that he was going through a "healing crisis'' and convincing them to use herbal products instead of insulin to treat his Type 1 diabetes before the teen's August 2014 death. She cited what she called "criminal negligence'' and "callous disregard'' by Morrow.

Morrow's attorney, Sanford Perliss, countered that the teen's mother didn't even know Morrow when she informed a doctor that she wanted to give her son herbal remedies.