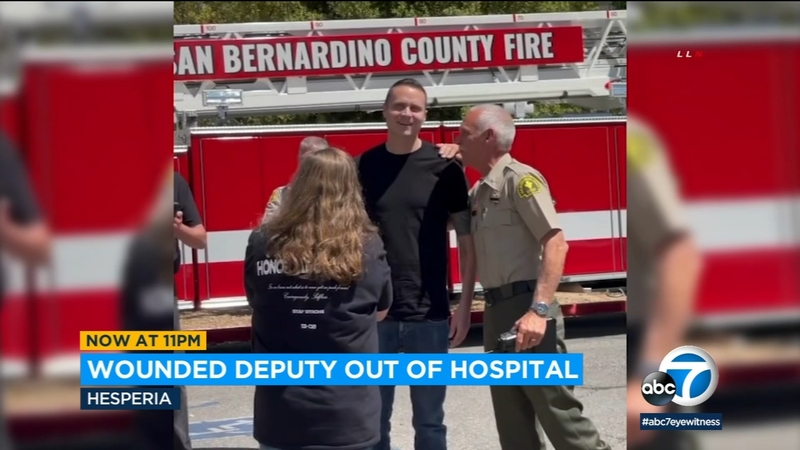 HESPERIA, Calif. (KABC) -- A San Bernardino County sheriff's deputy has left the hospital after he was critically wounded in a shooting in Hesperia more than a month ago.

Deputy Dustin Whitson was given a special welcome home at his patrol station in Hesperia this week, joined by family, friends and co-workers.

Whitson was shot when he encountered a suspect at a storage facility on March 23.

The suspect, later identified as 40-year-old Robert Sparks, had earlier been asked to leave the storage facility because he was found living in one of the units, officials say.

A San Bernardino County sheriff's deputy remained in critical condition after being shot in Hesperia.

As Whitson spoke to Sparks in his vehicle, officials say Sparks opened fire, hitting the deputy initially in the arm. But the bullet continued traveling, avoiding his vest and finding its way into the deputy's chest.

Whitson was airlifted to Loma Linda Medical Center where he spent weeks recovering.

Sparks was caught after a short chase which allegedly involved him exchanging additional gunfire with deputies and he was later hospitalized in critical condition.