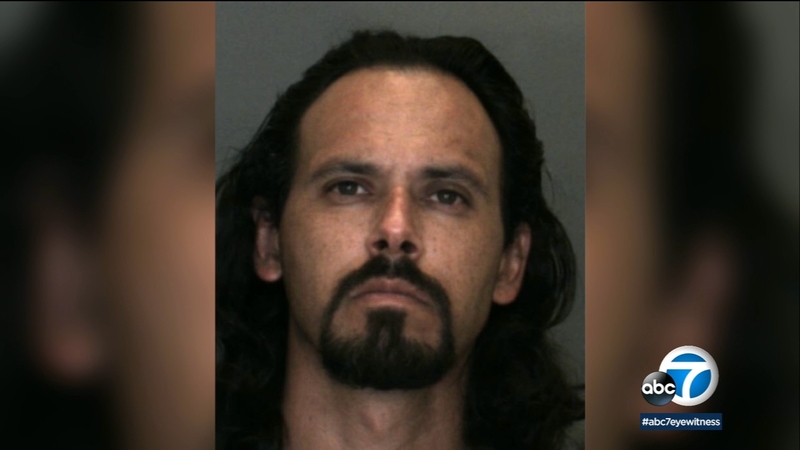 Hesperia man sought after being tied to 3 homicides, robbery

HESPERIA, Calif. (KABC) -- A man and woman have been identified after being found dead last week in Hesperia, and the man suspected in their homicides is being sought after also being tied to a third death, a strong-arm robbery and possibly an arson fire, authorities said.

The bodies of Melissa Graetz, 37, and Jason Culberson, 43, were discovered Sept. 3 in the 9000 block of C Avenue, according to the San Bernardino County Sheriff's Department.

Investigators on Wednesday said Phillip Williamson, a Hesperia resident, is believed to be responsible for the deaths of those two victims and 35-year-old Brandi Jones, who died on Aug. 30.

About 10 a.m. that day, deputies responded to a report of a strong-arm robbery at a home in the 20000 block of Wisconsin Street in Apple Valley. Williamson allegedly stole several hundred dollars and a handgun from a 76-year-old man in the incident before fleeing.

The following day, authorities released a photo of Williamson after Jones' body was found in her vehicle in a dirt field near the Wisconsin Street scene. The suspect has long hair and a goatee in the photo, but investigators said he may have since shaved his head and face.

He knew both Jones and the robbery victim, police said.

A fire erupted Monday at the home were the robbery had occurred just over a week earlier. Investigators determined the cause of the blaze was arson that may be connected to Williamson, according to a sheriff's news release.

Anyone with information about the crimes or the suspect's whereabouts is asked to call 911 or Detective David Carpenter of the sheriff's Specialized Investigations Division at (909) 387-3589.
Report a correction or typo
Related topics:
apple valleyhesperiasan bernardino countymurderhomicide investigationrobberyhomicidefirearson
Copyright © 2021 KABC-TV. All Rights Reserved.
More Videos
From CNN Newsource affiliates
TOP STORIES