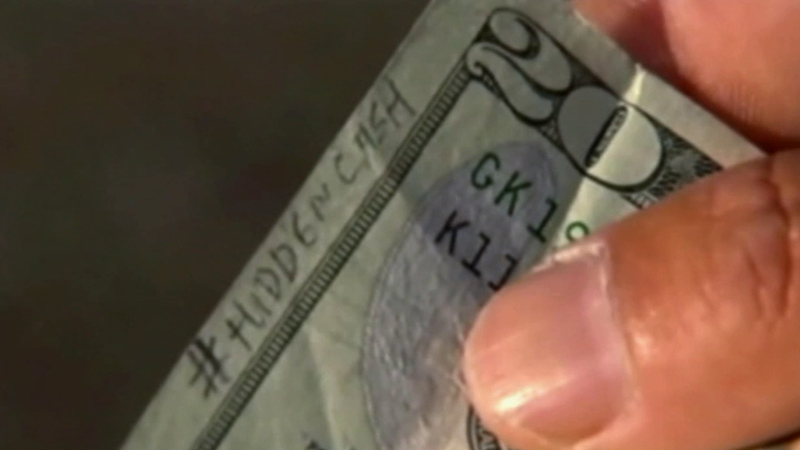 LOS ANGELES (KABC) -- A millionaire who caused a social media frenzy by hiding cash around the Bay Area has arrived in Los Angeles.

The anonymous man told ABC News that he is a successful real estate investor who just wanted to give back.

He hides money in envelopes, and then posts clues about where the stash is on Twitter under the handle @HiddenCash.

For the first clue in Los Angeles, he tweeted, "First LA drop! Get close to the water, but no need to get wet at this famous fountain," along with a photo of the fountain. 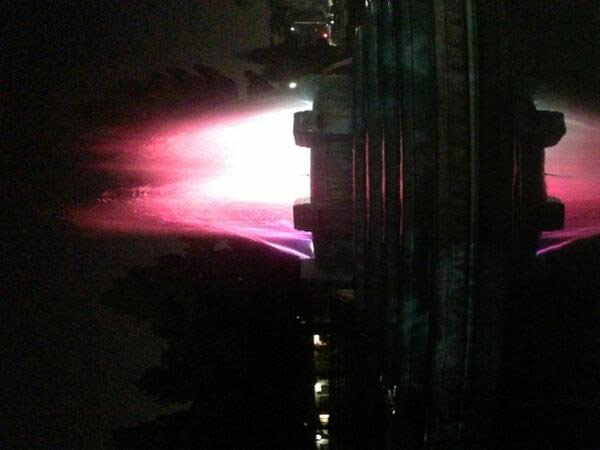 The mystery millionaire behind the 'Hidden Cash' frenzy tweeted this photo on Wednesday, May 28, 2014.

It all began in San Francisco.

"People complain that the price of real estate here is pretty high and I have benefited from that," he told ABC News. "I wanted to do something fun for the city of San Francisco, something that would get people excited."

One of his clues Tuesday told San Francisco followers to "find Mr. Franklin along the 'crookedest street,' (towards the bottom)."

The $100 bill was found at the bottom of Lombard Street, the popular touristy thoroughfare that's best known as the "Crookedest Street in The World."

On Thursday, the scavenger hunt arrived in San Jose. The clue on Twitter said, "First ever San Jose drop: across from where these sea creatures play, a dog pees in the fall."

The cash was discovered across the street from the SAP Center, where the San Jose Sharks play, on a fire hydrant.

"This is gas money," said San Jose resident Alex Doxie, who found $135 in the envelope. "And dinner money for the wife."

The anonymous donor has already given away nearly $4,000 since Thursday night, and he says he will continue to hide cash "indefinitely."