Suspect led police on high-speed chase from Azusa to Riverside 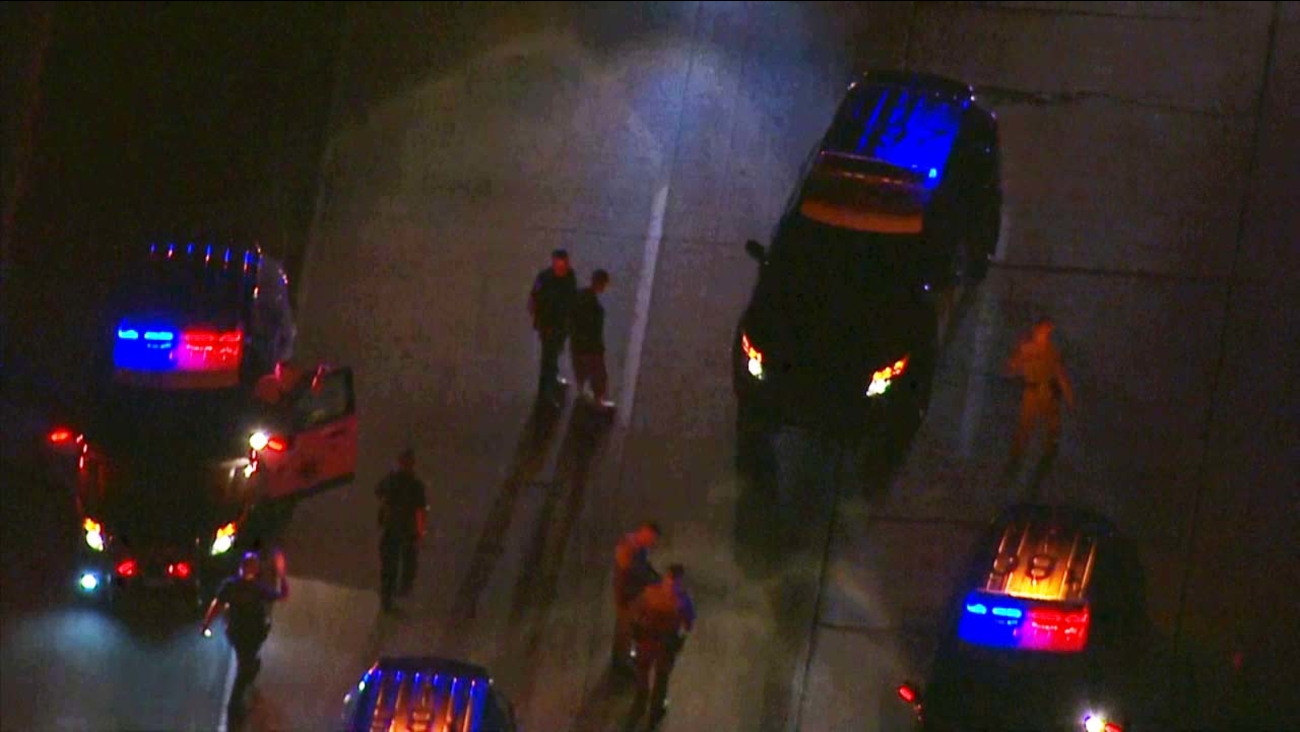 Police arrest a driver that led authorities on a high-speed chase throughout the Inland Empire Friday, Oct. 9, 2015.

RIVERSIDE, Calif. (KABC) -- A driver of a white Acura led police on a high-speed chase from Azusa to Riverside Friday night.

The pursuit began on the eastbound 210 Freeway in Azusa around 9:30 p.m. after a police officer saw the suspect run two red lights, nearly colliding with two vehicles. The officer attempted to pull the suspect over, but he failed to yield and continued driving.

Richard Ryan Gonzalez, 36, of Riverside led officers into Duarte and then entered the eastbound 210 Freeway. The pursuit later continued on the 215 and 91 freeways, at which point California Highway Patrol officials took over.

After running out of gas, the suspect came to a stop near Adams Street and the 91 Freeway in Riverside.