Suspect in custody after high-speed chase ends in Westchester 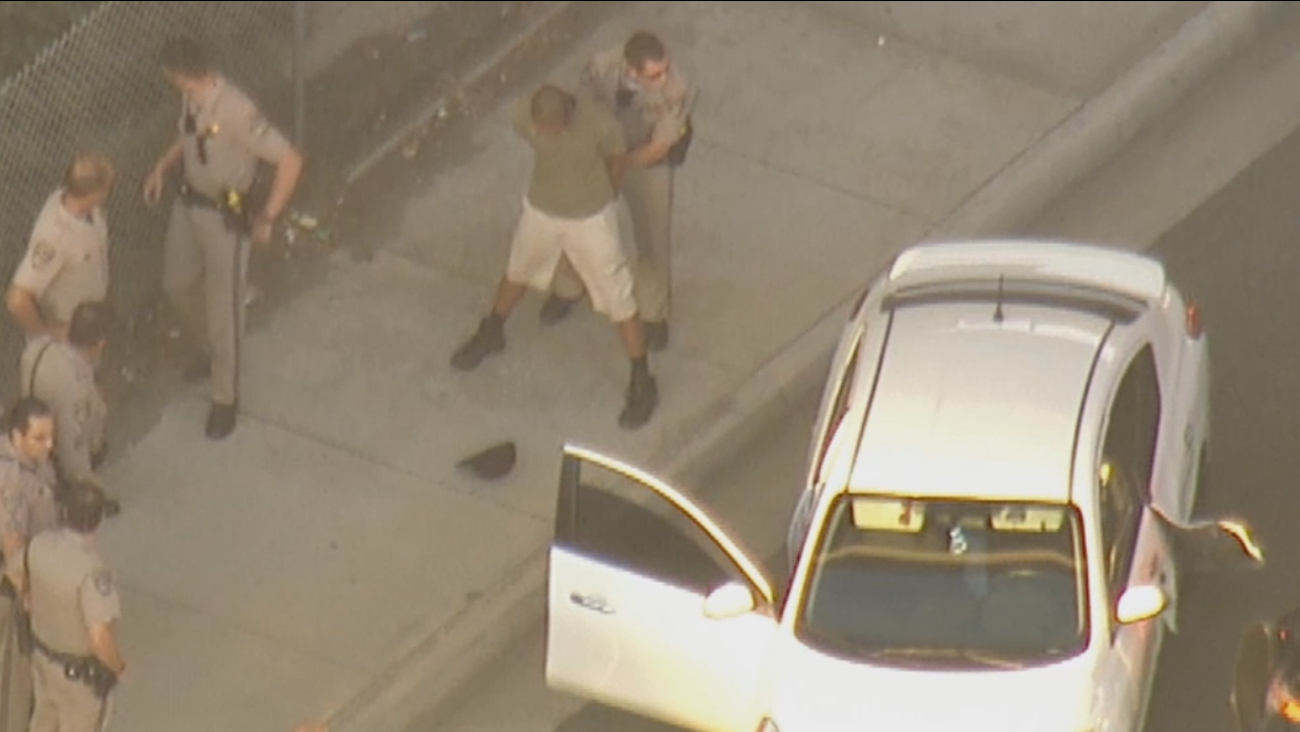 A suspect was taken into custody following a high-speed chase that ended in Westchester on Wednesday, Oct. 7, 2015.

WESTCHESTER, LOS ANGELES (KABC) -- A male suspect was taken into custody after a high-speed chase came to an end in Westchester Wednesday afternoon.

The chase ended at about 5:50 p.m. on East Imperial Highway, about 1 mile from the Los Angeles International Airport.

California Highway Patrol officers started pursing the man in a white Nissan at about 5:30 p.m. on the northbound 405 Freeway in the Long Beach area. The CHP says he was wanted for speeding and almost hitting a patrol car.

The suspect exited the freeway onto East Imperial Highway. He then attempted to make a U-turn, but a CHP vehicle hit the Nissan, causing the suspect's vehicle to come to a stop.

Authorities surrounded the Nissan and opened the car doors, but the vehicle ended up reversing a few feet before it stopped.