3 arrested after high-speed chase from Hollywood to Castaic 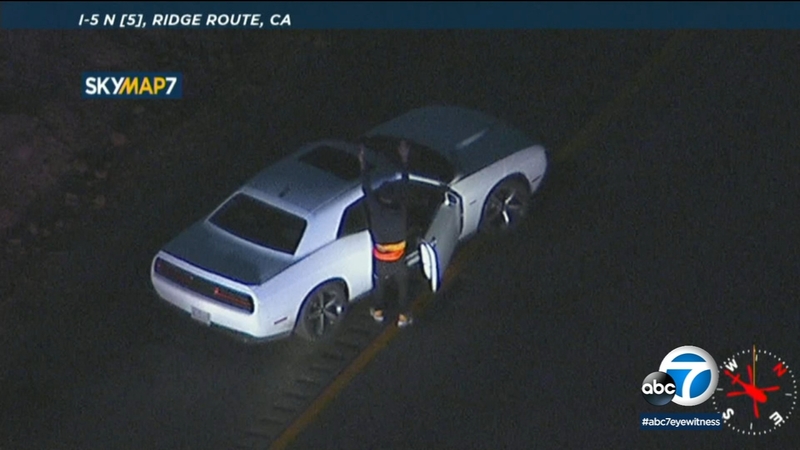 3 arrested after high-speed chase from Hollywood to Castaic

LOS ANGELES (KABC) -- Three people were arrested after a chase from Hollywood to Castaic that hit speeds well over 100 mph.

The chase in a white Dodge Challenger began on Melrose Avenue in the Hollywood/West Hollywood area, on a report of people breaking into parked vehicles.

They hit high speeds on the freeways, at times getting well over 100 mph as the vehicle weaved in and out of traffic and used the shoulder to bypass traffic through the Newhall Pass.

The chase finally ended shortly after 8 p.m. after the Dodge hit a spike strip and then pulled over to the left shoulder of the northbound freeway in the Castaic area.

CHP units shut down the freeway as officers drew their weapons and ordered the suspects out of the vehicle.

One-by-one, three men emerged from the vehicle, put their hands up and surrendered without further incident.

The Dodge Challenger was believed to be a rental from the San Francisco area.

Traffic was backing up for miles on the 5 as the suspects were taken into custody.

Three people were arrested after a chase from Hollywood to Santa Clarita that hit speeds well over 100 mph.