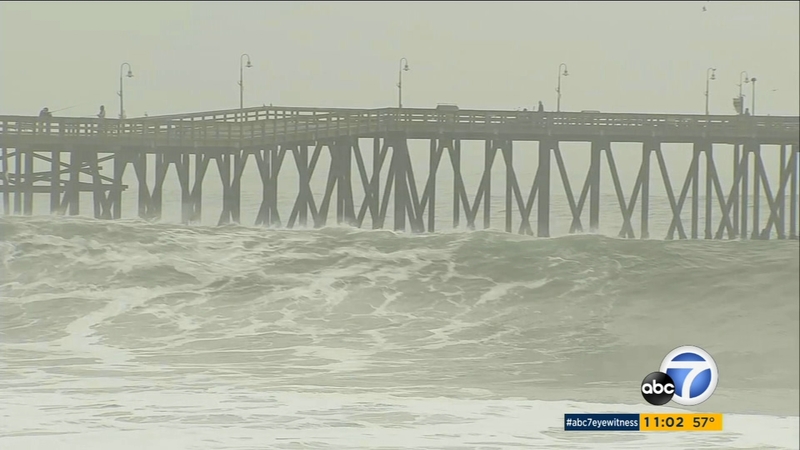 VENTURA, Calif. (KABC) -- A high surf advisory is in effect for Southland beaches Monday as a swell brings large and potentially dangerous surf to the coast.

The advisory covers the coastal regions of Ventura, Los Angeles and San Diego counties, Catalina and Santa Barbara islands. The advisory is slated to expire at 10 p.m. Tuesday.

According to the National Weather Service, 8-12 foot surf was expected across west facing beaches, peaking Monday afternoon through Tuesday morning. Local sets to 15 feet will be possible near Ventura Harbor.

The conditions mean stronger rip currents, which raises the risk for drowning.

Inexperienced swimmers are advised to stay out of the water. Damaging surf to affect the #CentralCoast tonight through Tuesday morning. Very high surf expected at #SoCal beaches through at least Tuesday. #CAsurf #CAwx pic.twitter.com/fgxYmQWLn9

The Mavericks surf contest in Half Moon Bay, which was scheduled for Monday, was postponed due to the dangerous surf.