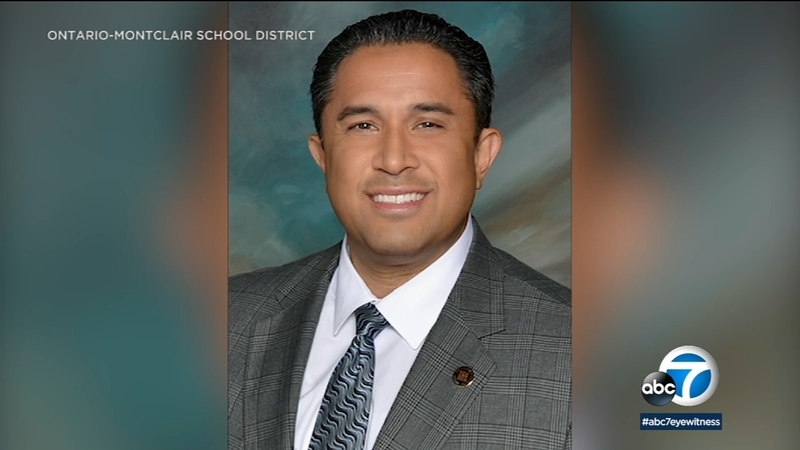 ONTARIO, Calif. -- The head of an Inland Empire school district is the state's highest paid K-12 administrator for the third year in a row after taking advantage of various perks, including one that allows him to cash out sick time that ballooned to 85 days this year.

Ontario-Montclair School District Superintendent James Hammond in July exchanged 110 total days of leave - including 25 days of vacation - for $167,596 in extra pay, the Southern California News Group reported Sunday. Last year, he cashed out 100 of the 105 days he accrued for an additional $152,360.

Hammond's total compensation, including the value of his benefits, now routinely exceeds $600,000 a year, though his base salary is nearly half that.

In 2019, Hammond's $561,748 salary was more than double the state average for superintendents of similarly sized school districts.

Hammond's contract provides sick time that continues to increase by five days every year going forward. In total, Ontario-Montclair has paid him an extra $730,859 for 522 of the 665 days of leave he has accrued since July 2015. That leaves 143 days - more than six months of Hammond's work year - that he either used or banked.

Hammond said he does not consider the money to be a bonus.

"My fringe benefit of sick leave allows me the flexibility to consider accruing unused sick leave, or cashing out, my annual allocation of sick leave," he said in an email.

Hammond insists his contracts were fully vetted by the school board and its attorneys.

Board President Elvia Rivas, who joined the board in 2010, agreed, and described Hammond's high compensation and generous sick leave as incentives that have allowed the district to retain its superintendent for much longer than other districts.

"It is a fringe benefit which is designed to provide security in the event of sickness and to incentivize both wellness and longevity," Rivas said.

The district's other board members either did not respond to requests for comment from the news group or declined to answer specific questions about Hammond's pay.

Hammond's additional perks include up to $2,500 a month for a life insurance policy and full reimbursement for Medicare tax contributions. In 2020, he got $134,714 in retirement-related contributions from the district.

In addition, he receives lifetime health benefits for him, his spouse and his children, with all premiums paid by the district. The state outlawed such perks the year after Hammond was grandfathered in, the news group reported.

The Ontario-Montclair School District in western San Bernardino County enrolls about 19,000 students in kindergarten through eighth grade across 32 elementary and middle schools. The median household income in the area was $65,046 as of 2019, according to the U.S. Census Bureau.