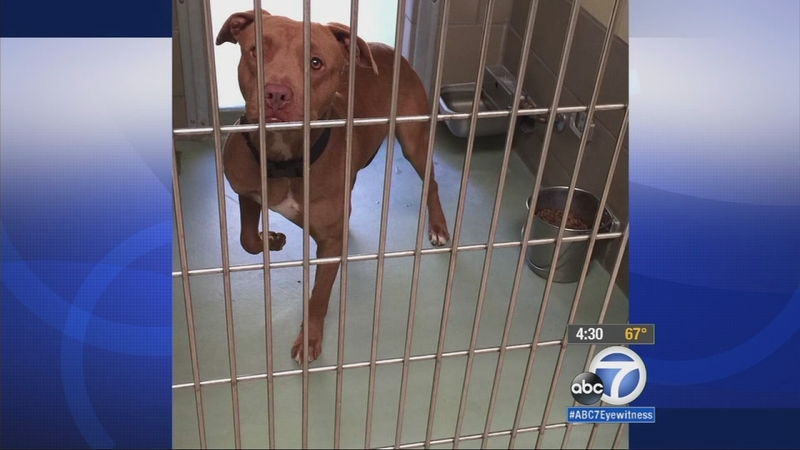 HIGHGROVE, Calif. (KABC) -- A young boy is recovering after being attacked by a pit bull while at a neighbor's home in Highgrove.

The boy's injuries on his ear and leg were described as serious. He received more than 100 stitches.

"Just the pain that he has had to go through is unbearable for me. I can only imagine what it is for him, and as a mother, I wish I could take it from him," said the victim's mother Ashley McWilliams.

McWilliams says right now, her 6-year-old son Christian can't even walk-after he was attacked by a pit bull on Monday night.

The attack happened at a home on Mont Martre Avenue. The victim was inside the dog owner's garage with his friend when the dog came rushing through a side door and attacked the child.

"Even on your own property, some bad stuff can happen, and it's up to the dog owners to make sure wherever the dogs are being kept is completely secure, so when your son's friend is visiting, nothing like this would occur," said John Welsh of Riverside County Animal Services

The dog is now under quarantine, and after a public hearing, the decision will be made as to whether it will be put down.

"It's not always the animals fault, it's how the animal is raised," McWilliams said.

McWilliams says they have hired an attorney.

"I just want the dog to be quarantined, and figure out why exactly an animal would turn that way," she said. "I don't want (the dog) to hurt another child."