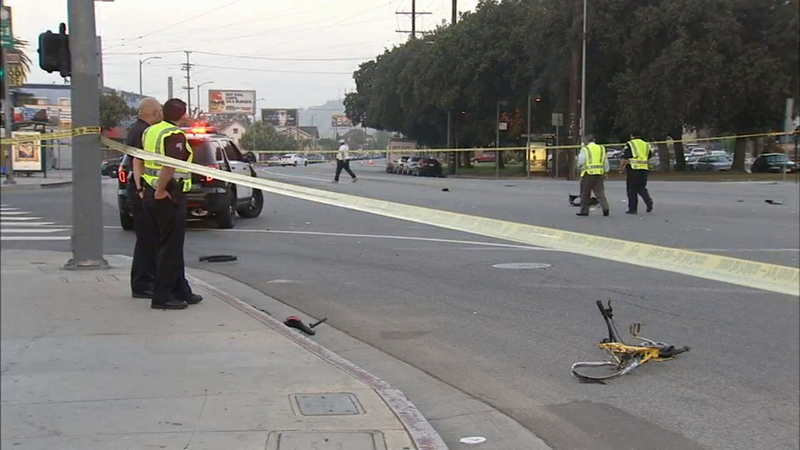 HIGHLAND PARK, LOS ANGELES (KABC) -- A bicyclist was struck and killed in a hit-and-run crash in Highland Park early Friday morning. A driver has been arrested.

No further information was immediately available about the arrest.

The cyclist was found dead on the street at North Figueroa and Avenue 40 around 3 a.m. Investigators said the cyclist was struck and dragged by the vehicle for approximately 500 feet.

The car was said to be speeding at the time of the wreck.

The identity of the victim was not immediately released but was described as a man in his early 20s.

The suspect vehicle, described as a smaller black car, possibly a Nissan Altima with a missing front bumper, was located by investigators around 7:30 a.m.