Murder suspect arrested in L.A. allegedly stabbed victim in Highland, then asked nearby resident for a ride 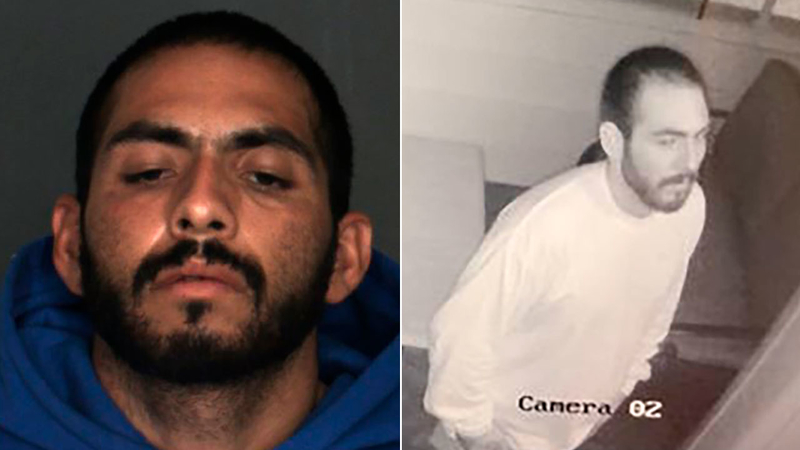 HIGHLAND, Calif. (KABC) -- A 24-year-old man was arrested in Los Angeles and booked for murder on the day after a person was found stabbed to death in Highland, authorities said.

Jonathan Padilla, a transient, was taken into custody at a home Tuesday and held on $1 million bail, the San Bernardino County Sheriff's Department said in a statement.

The investigation began shortly after 9:30 p.m. Monday when deputies responded to a report of a suspicious circumstance in the area of Mira Vista Avenue and Baseline Street, according to the news release.

"The resident said he was leaving his home on Mira Vista Ave. when a man came out of the nearby wash area and asked him for a ride to San Bernardino," the sheriff's statement said. "The resident gave the man a ride and saw what appeared to be blood on his clothing and other evidence indicating a serious assault occurred."

After returning home, the resident notified authorities. Deputies searched the wash area near the neighborhood and found an unidentified male victim who had been stabbed, investigators said. The individual was pronounced dead at the scene.

Homicide detectives determined that Padilla had stabbed the victim for an unknown reason, then ran to a nearby home and asked for a ride, according to the news release. A search warrant was obtained for the suspect, and the sheriff's Specialized Enforcement Division launched a search.

Padilla is scheduled to be arraigned on Friday.