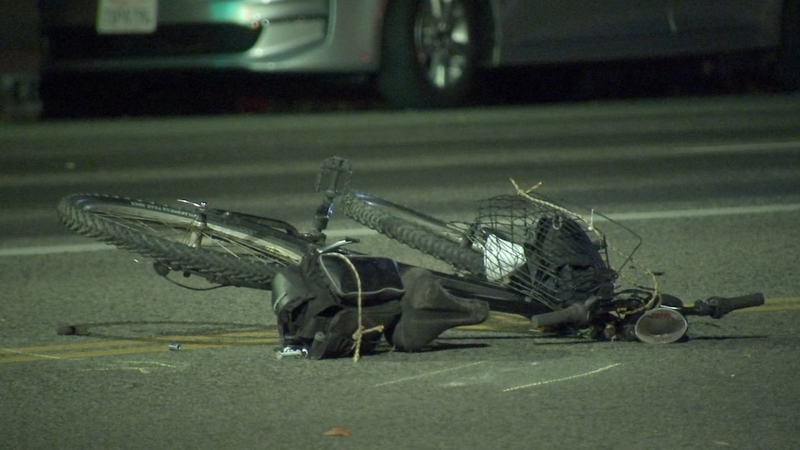 The first driver that hit the bicyclist stayed at the scene. The incident happened at Rayen Street and Woodley Avenue shortly after 8:30 p.m.

The first driver, who had not been identified, told Eyewitness News that the second driver hit the bicyclist and stopped for a short period of time before taking off.

The bicyclist was transported to a local hospital where he later died, according to the Los Angeles Police Department.