An LAUSD teacher has been arrested in connection with an Oct. 25 hit-and-run collision in Silver Lake that left a bicyclist severely injured.

Members of the Los Angeles Police Department's Gang and Narcotics Division served a warrant about 8 a.m. at the Silver Sands Racquet Club, a gated community in Palm Desert, and took 52-year-old Molly Jane Hoene into custody without incident, the agency said in a statement.

On Nov. 19, the Los Angeles County District Attorney's Office had charged Hoene with one count of felony hit and run with severe bodily injury, the news release said.

The LAPD said the owner of the vehicle was identified in late October as an LAUSD employee, adding that the individual refused to cooperate with the investigators.

She was being held at the LAPD's Metropolitan Detention Center following her arrest, officials said. Her bail was set at $50,000.

Police say they've been aware of their suspect for some time and that's why LAUSD took quick action to keep her away from students even though she's still employed by the district.

Surveillance video was released days after the Berkeley Avenue crash, which left a 57-year-old homeless man injured when he landed on the hood and against the windshield of a blue Mini Cooper.

A Glendale auto body shop owner called police when the dented blue Mini Cooper with a smashed windshield showed up at his shop.

The victim in the hit-and-run is 57-year-old David Molina, a homeless man who lives in Silver Lake where the incident took place. Molina remains hospitalized, but is expected to make a full recovery.

Anyone with information about the case is asked to call the LAPD's Central Traffic Division at (213) 833- 3713. 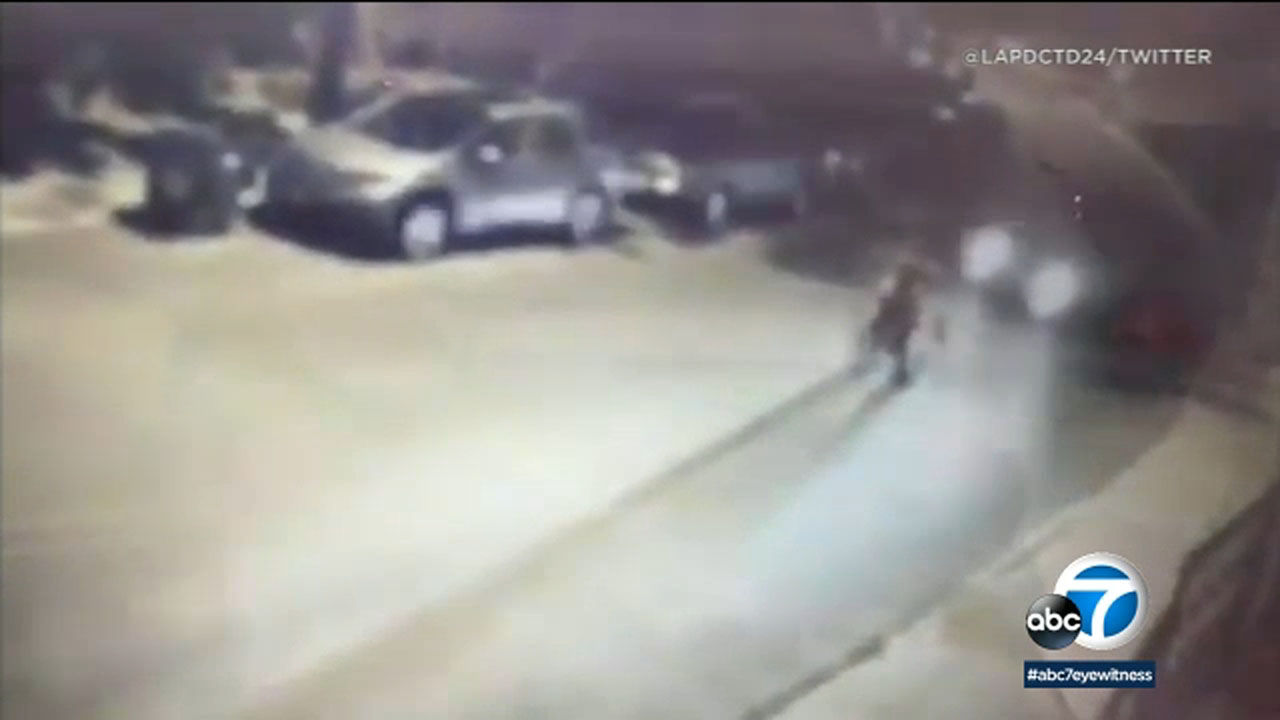