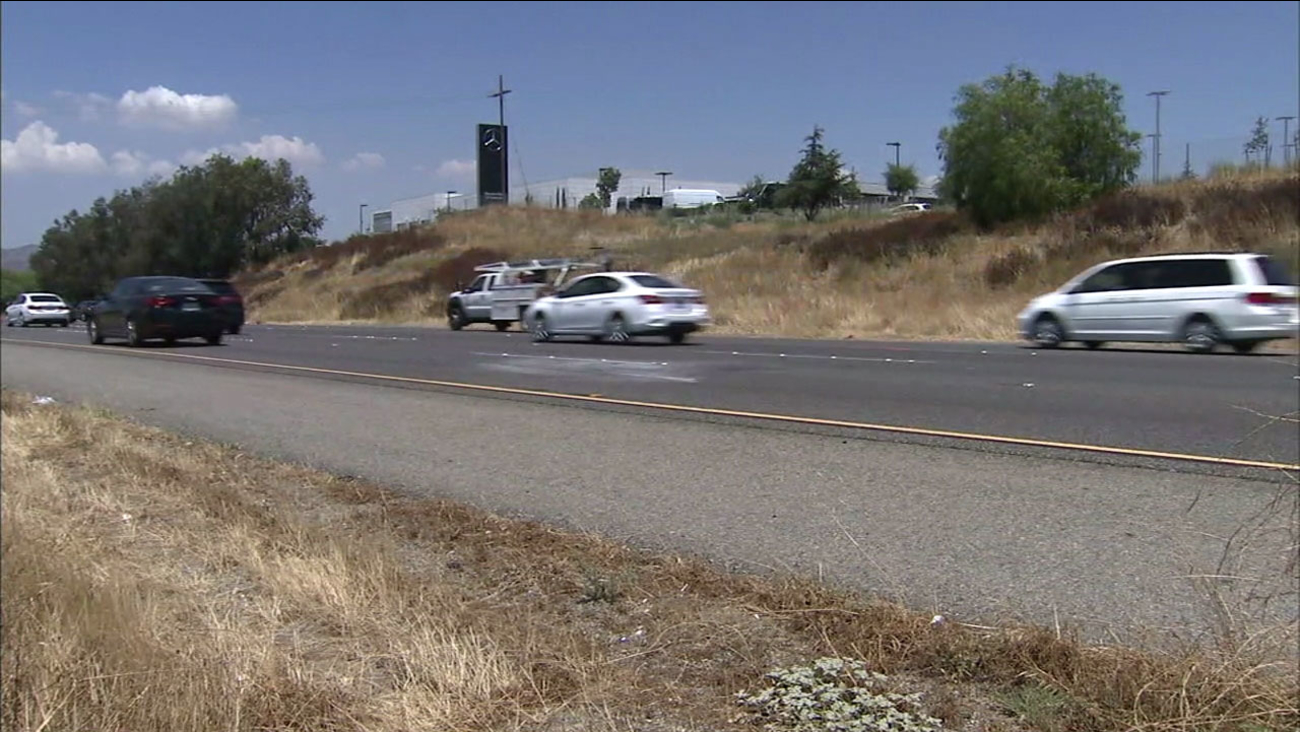 The area where Roger Whitaker, 44, died after being struck by a hit-and-run driver on the 15 Freeway in Murrieta on Wednesday, July 26, 2017. (KABC)

MURRIETA, Calif. (KABC) -- Authorities are searching for a hit-and-run driver who killed a motorcyclist on the 15 Freeway in Murrieta.

Roger Whitaker, 44, was on his way to the Boys and Girls Club in Temecula to fill in for an absent bus driver when he was killed.

Last Wednesday, Whitaker was on the freeway heading north, when he got into a fender-bender with another vehicle while changing lanes. Whitaker was thrown from his motorcycle into a lane of traffic and hit by an oncoming truck.

The California Highway Patrol said the driver in the truck did not stop to help Whitaker. First responders worked on him for 18 minutes before he succumbed to his injuries.

His mother said she understands that accidents happen, but wants to know why the driver kept going after hitting her son.

"I mean who runs over someone on the freeway and doesn't stop?" Deanna Whitaker said. "What I don't understand is like, OK, maybe you didn't have time to hit the brakes before you hit him. But God, you could have stopped afterwards."

She said she just wants to know what happened and why the person chose to flee instead of stay.

Whitaker would have celebrated his 45th birthday the next day. He leaves behind a wife and three children.

The family is planning to hold one of two memorials for him. The second one will be at the Temecula Boys and Girls Club on Aug. 12.

The Temecula CHP is urging anyone who may have witnessed the crash to contact them.
Report a correction or typo
Related topics:
murrietatemeculariverside countyhit and runi 15freewayman killedmotorcycles
Copyright © 2021 KABC-TV. All Rights Reserved.
More Videos
From CNN Newsource affiliates
TOP STORIES