Mother of 8 killed in Anaheim hit-run 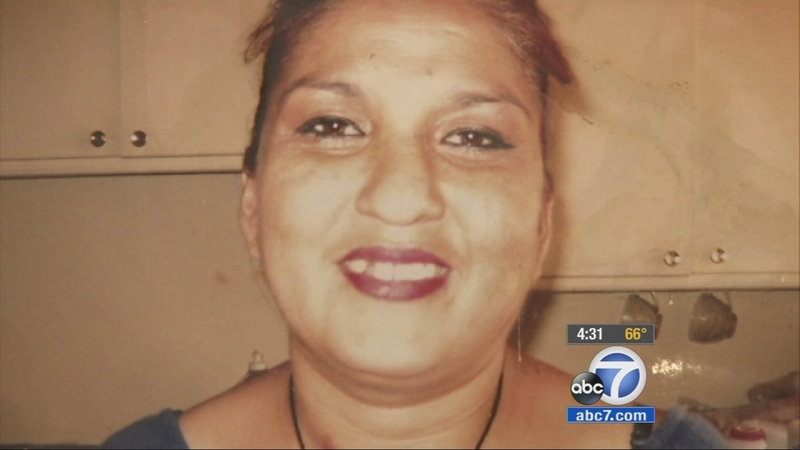 Mother of 8 killed in Anaheim hit-run

ANAHEIM, Calif. (KABC) -- A mother of eight was struck and killed by a hit-and-run driver as she rode her bicycle in Anaheim Saturday.

The crash occurred at 9:10 p.m. Saturday while the woman was bicycling across Magnolia Avenue, just south of La Palma Avenue. She was found on the street a few blocks from her home by one of her nieces and taken to UCI Medical Center, where she later died.

Police said the suspect may have fled in a white pick-up truck.

Anaheim police are searching for the driver of a white pick-up truck who is believed to have been involved in a fatal hit-and-run collision Saturday, Nov. 1, 2014.

Family members and the coroner identified the woman as 44-year-old Daniella Rafaela Palacios. She often brought food for the homeless in the neighborhood, and was also homeless at one point in her life.

"You killed my aunt. You have to come and turn yourself in. It doesn't matter... if you were drunk, if you didn't have a license, it doesn't justify you hitting somebody and leaving the scene," Pacheco said.

Claudia Quinn witnessed the collision and was hoping Palacios would survive.

"I saw her family here," Quinn said. "How can people do that to them? Not stop to help her?"

Palacios had just celebrated her birthday last week. Her family says they must now plan her funeral and find a way to explain her death to her young grandchildren.

A makeshift memorial honoring Palacios was set up near the scene of the crash.

Anyone with information about the driver is asked to call Anaheim Police Department at (714) 765-1991.