Surveillance video shows the moment before a woman was struck and killed in a hit-and-run crash in South Los Angeles.

SOUTH LOS ANGELES (KABC) -- The daughter of a woman killed in a hit-and-run in South Los Angeles urged the driver to step forward.

"How you can just hit a human being and just keep going in a car," Tenelle Fields, the victim's daughter said.

Anna Lynelle Graves had gotten off a Metro bus and started walking in a crosswalk just blocks from her home when the vehicle hit her. Graves was pronounced dead at the scene.

Surveillance video shows the Graves crossing the street and being struck by the vehicle.

Graves' family says she was a long-time employee with the Los Angeles Unified School District. Tuesday was her second day as a grounds worker at Warner Elementary in Beverly Hills. Graves had a car but told her daughter she planned to use public transportation. She was coming home from work when she was hit.

Investigators believe the car is a white Mercedes CLK two-door coupe. The car is likely missing a right side mirror and may have more damage to the right side, California Highway Patrol said. 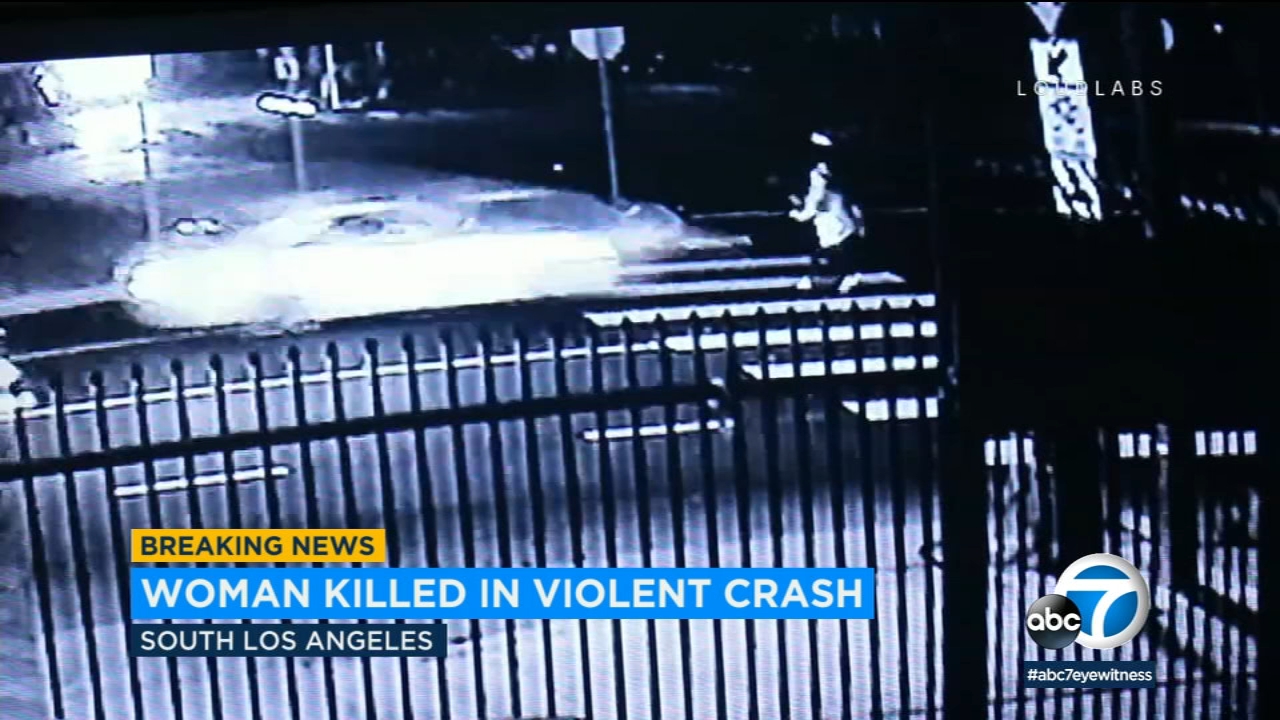