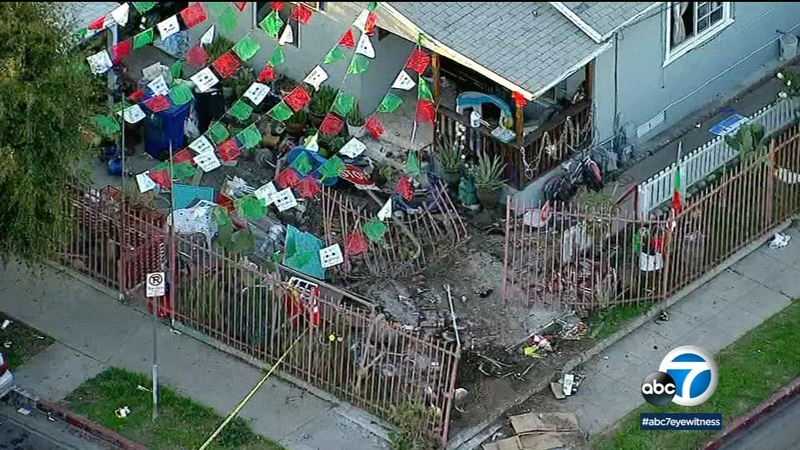 2 children injured after driver crashes into backyard in South LA

SOUTH LOS ANGELES (KABC) -- Two children were injured in the Central Alameda neighborhood of South Los Angeles Friday afternoon after a hit-and-run driver crashed through a fence and into a yard, police said.

The crash happened at 48th Street and Ascot Avenue at about 2:20 p.m., according to Los Angeles police.

The children were taken to a hospital with minor injuries. The children's grandmother says she was sitting on the porch and the kids were playing in the yard when a driver in a black pickup truck plowed into their property.

The grandmother went on to say that after the crash, she didn't see her 2-year-old grandson on the ground at first because he's so little, but she then spotted him under some metal and pulled him out.

She says her grandson is OK and that people rushed after the driver and caught him.

Police arrested the driver on suspicion of DUI.