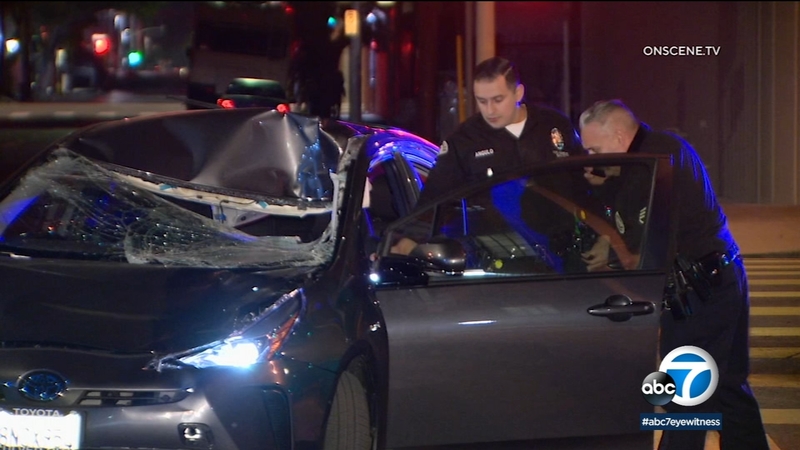 SOUTH LOS ANGELES (KABC) -- A person was arrested after a man was killed in a hit-and-run crash in South Los Angeles early Thursday morning, police said.

Paramedics and police arrived to the scene and found the man dead on the road.

Investigators believe the man may have been trying to get into his vehicle when he was struck.

The vehicle involved in the crash, a Toyota Prius, was abandoned by the driver and located a few blocks from the crash scene. It was seen with extensive front end damage.

Police detained a person and later made an arrest after a K-9 helped track down the suspect. Police said the suspect was taken into custody at his home.