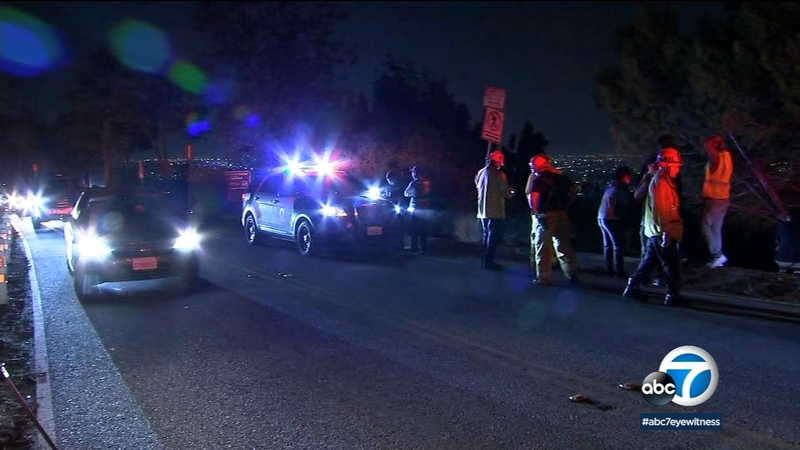 HOLLYWOOD HILLS, LOS ANGELES (KABC) -- Police are looking for a hit-and-run driver who hit a group of teenagers on Mulholland Drive just above the Hollywood Bowl.

The incident happened around 9 p.m. along the 7000 block of Mulholland Drive, according to the Los Angeles Fire Department. Two of the teenagers were taken to a hospital in stable condition and are expected to survive.

Police say the vehicle, described as a possible Honda Civic or similar compact vehicle, that struck them took off and is now being sought.