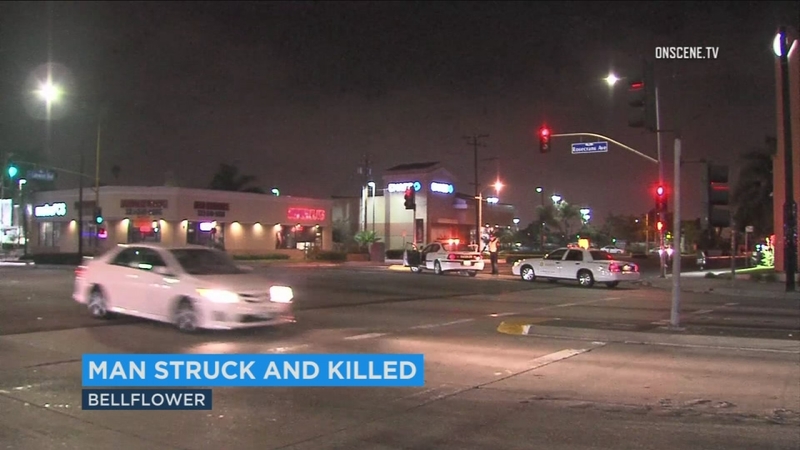 BELLFLOWER (KABC) -- Investigators are looking for a driver who struck a man in Bellflower and then fled, leaving him to be struck by a second driver.

Sheriff's deputies say they found a man in his 50s in the street near Lakewood Boulevard and Rosecrans Avenue around 8:30 p.m. Sunday.

He had been first struck by a white sedan, which fled the scene. He was then struck by a second vehicle, a white van. The van driver stopped at the scene and called 911.

The man was pronounced dead at the scene.