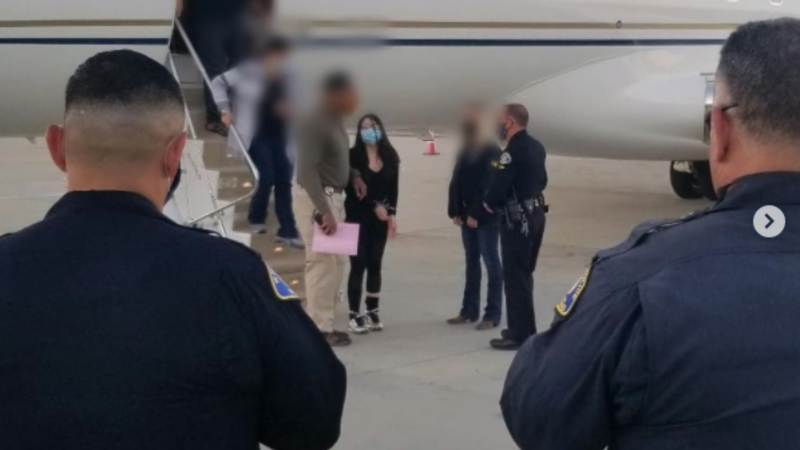 WHITTIER, Calif. (KABC) -- A fugitive who was wanted in connection with a fatal 2017 hit-and-run crash in Whitter arrived in Southern California on Thursday after being extradited from Australia, authorities said.

Andrea Dorothy Chan Reyes is suspected in a collision that left a bicyclist dead after being struck by a Lexus sedan and dragged near the intersection of Calmada Avenue and Flormar Drive on Jan. 30, 2017, according to the Whittier Police Department.

The bicyclist, 46-year-old Agustin Rodriguez Jr., succumbed to his injuries.

After identifying Reyes as the suspect in the collision, investigators located the involved vehicle at a residential garage in Idaho. Further evidence, although authorities did not specify of what nature, was found in Nevada.

Investigators say Reyes then fled the country and was living in Hong Kong for a time, leading authorities to obtain an international arrest warrant for her.