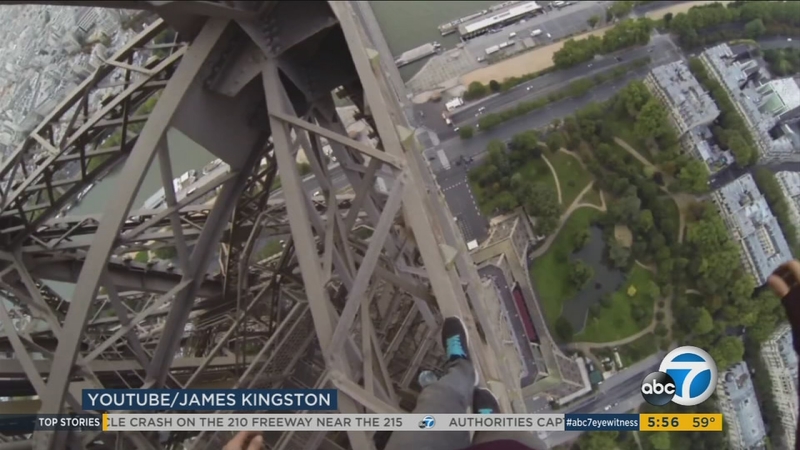 The structure is about the same height as an 81-story building. The duo spent eight hours scaling up the tower in the French capital. At one point, the two were forced to hide.

After slowly making their way up, they finally reached the top platform.

Kingston and his friend climbed down the tower and met with security after they were spotted again around 9 a.m.

Kingston was released by police after promising not to climb the Eiffel Tower again for at least three years.

The stuntman's healthy appetite for dizzying heights has earned him a large following on social media. His YouTube videos have attracted millions of views.