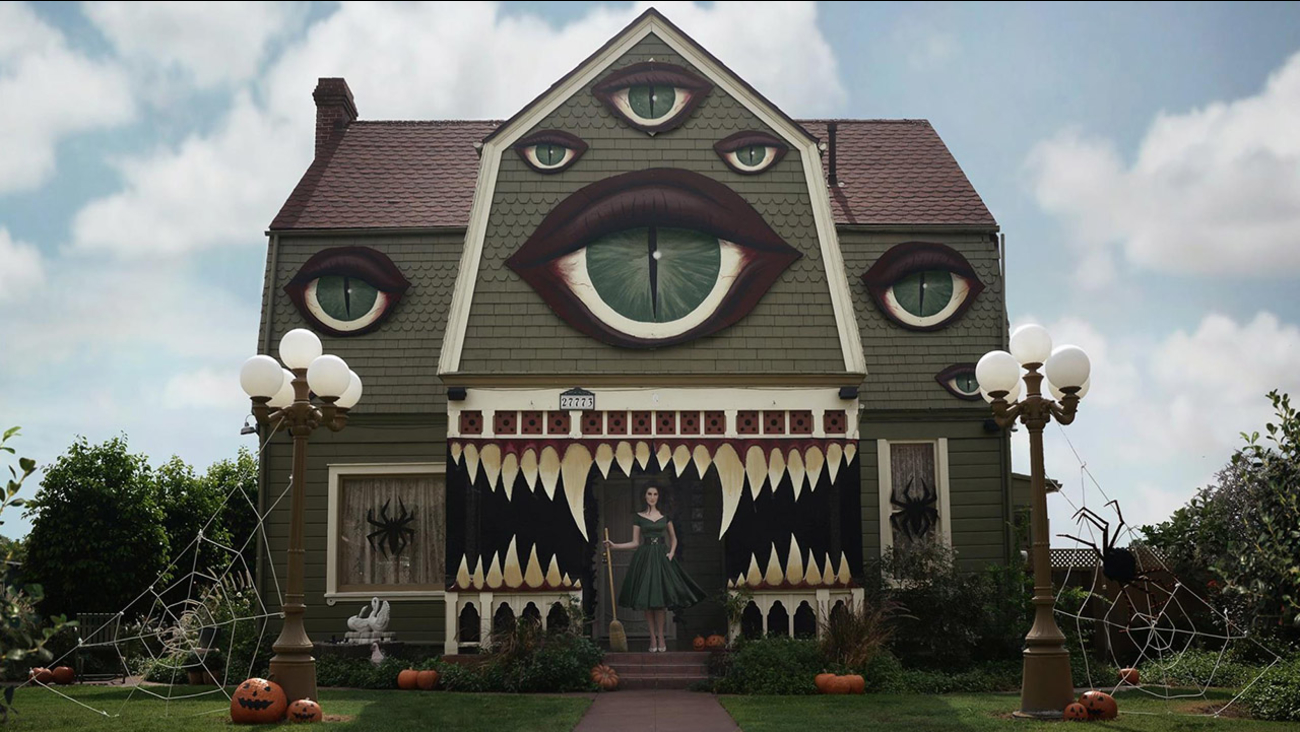 Some people will set up a few jack-o'-lanterns and a couple of cobwebs to add spookiness to their house during October. But for Christine McConnell, no expense or detail is spared in making her parents' home look terrifyingly awesome for Halloween.

Equipped with piercing green eyes and sharp fangs, the Los Angeles-based artist/photographer/baker has created quite the elaborate haunted house. It promises to send some horror straight into your soul as one of the most detailed spooky dwellings you'll see this horror season.

McConnell says that she did all of the decorations on her own, from cutting the boards and painting to installing ornaments to bring her parents' home to haunted life. She shared photos of the work in progress on Instagram.

"I spent my childhood helping to restore this house with my parents who taught me all about construction and hard work, so there's not much I'm not willing to try doing," McConnell told ABC via email. "It took about three solid days to create the pieces and decorate and then a full day to photograph it. My parents were around most of the time to keep me company, so overall it was a really fun process!"

While she has done similar installations for her parents' home in previous years, McConnell says that this year's design, inspired by the movie Monster House, was by far her favorite. 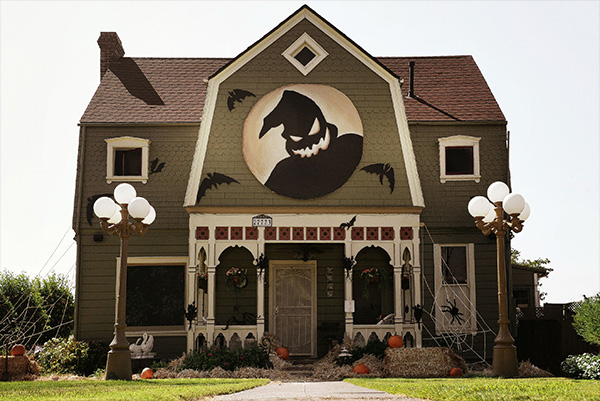 Last year, McConnell decorated her parents' house based off of Tim Burton's "The Nightmare Before Christmas."

"I was able to come up with the concept on my own and my parents gave me free reign," McConnell told ABC. " I'm such a huge fan of Halloween and binge watch every creepy movie imaginable during this time of year. I have my own older house, but their house is such a good backdrop for this kind of work and I love being around them, so any excuse to hang out, I jump at."

Reception to the haunted house has been very positive so far in her neighborhood, with tons of people stopping their cars to take pictures.

"It was a bit of a madhouse once the eyes were up," McConnell said. "Even a few older neighbors who I've known since I was little, were in awe of it. It's one of my favorite projects that I've done and came out even neater than I had planned."

Unfortunately McConnell isn't able to divulge details on her ideas for future designs, saying that they are "top secret." But she does think she'll be able to out-do this year's amazing haunted decoration.