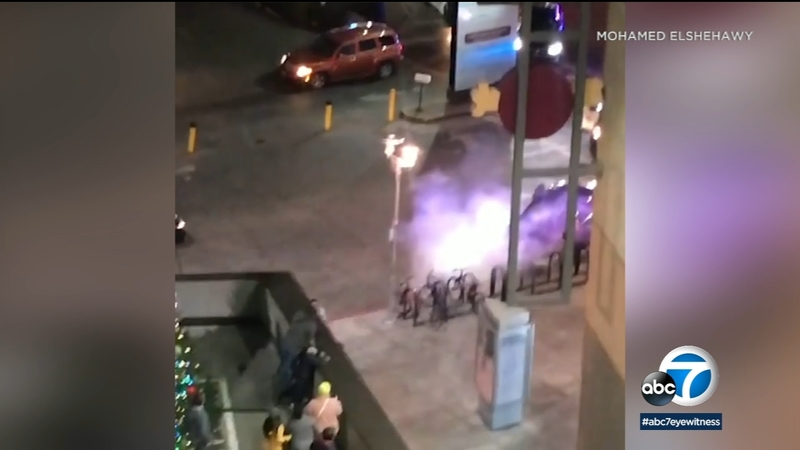 The chase began in Wilshire around 7:45 p.m. after reports of a possible stolen vehicle, and ended at the busy entertainment complex, according to Los Angeles police.

Police said two suspects initially collided with a police vehicle and then led officers on another pursuit before they crashed a Mercedes-Benz into a pole at the entrance to the Hollywood & Highland complex.

After the crash, police say the suspects took off into the complex.

AIR7 HD was over the scene as officers swarmed the shopping center, shutting down part of Hollywood Boulevard and drawing a large crowd on the Hollywood Walk of Fame near the TCL Chinese Theatre.
EMBED More News Videos

A massive police presence responded to the Hollywood & Highland shopping center Thursday night as officers searched for a pursuit suspect.

One suspect was taken into custody while another remained at large, police said.

At one point, the complex was shut down. Authorities urged the public to avoid the area during the search. Some people there to see the latest "Star Wars" film said they were told to get out quickly.