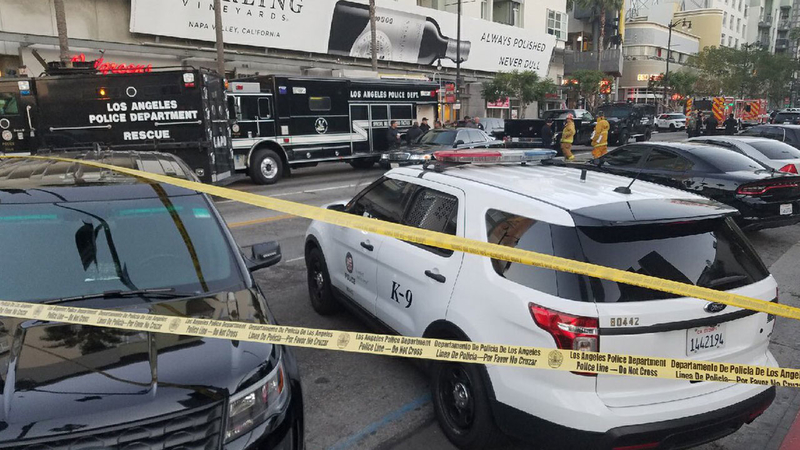 HOLLYWOOD, LOS ANGELES (KABC) -- An hourslong standoff ended in Hollywood on Saturday morning when police took into custody a man who had possibly been armed with a rifle during the incident.

Officers were summoned to an apartment complex in the area of Vine Street and Sunset Boulevard shortly after 10:30 p.m. Friday amid reports of a man acting erratically, according to the Los Angeles Police Department. Two people said the suspect had pointed a firearm at them.


Some items recovered from the suspects apartment this AM in @LAPDHollywood. Thanks to #LAPD #SWAT, #Hollywood 👮🏼👮🏻‍♀️& our community. pic.twitter.com/HEhAEYFabH

After receiving information at the scene that prompted officers to take a "tactical stance," police ordered evacuations of the area, said LAPD Sgt. Robert Ward. Other residents were instructed to shelter in place.

Vine Street was closed between Sunset Boulevard and Selma Avenue during the standoff, which continued overnight. At one point police deployed tear gas into the unit where the man was barricaded.

About 6:50 a.m., the commanding officer of the LAPD's Hollywood Division announced that the suspect, identified only as a man in his 40s, had been taken into custody.