For Hollywood Bowl and Pasadena Pops, the show can't go on due to COVID-19 outbreak

The Hollywood Bowl's President and L.A. Philharmonic Association COO was a guest on Eyewitness Newsmakers explaining cancellations amid COVID-19.
KABC 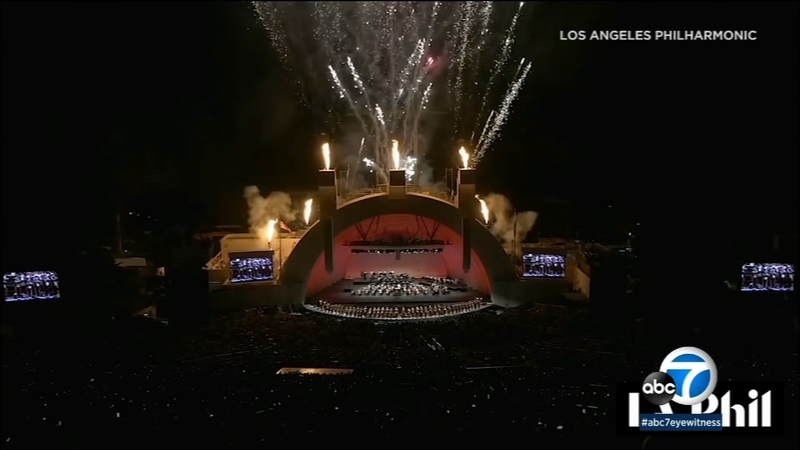 LOS ANGELES (KABC) -- The cancellation of the Hollywood Bowl summer season for COVID-19 along with cutting the Los Angeles Philharmonic's winter season leaves the organization with an $80 million shortfall. The Hollywood Bowl's president and L.A. Philharmonic Association COO was a guest on Eyewitness Newsmakers explaining the situation.

Gail Samuel said this is unprecedented.

"This was to be our 99th season at the Hollywood Bowl. It has never been closed before now for an entire summer. It survived two world wars and actually opened just after the flu pandemic in 1918," she added. "We believe people want to see it continuing."

All 100-plus concerts at the Hollywood Bowl are canceled for summer, whether they're through the L.A. Philharmonic or lease events by private promoters. Lease events are contacting their ticket holders for ticket options.

The Bowl has 37,000 annual subscribers and an annual attendance of more than 1 million.

Ticket holders can request a refund, hold their seats till next year or donate them.

The Phil was also to begin operating The Ford Theatre this season. No tickets to The Ford were sold before the stay-at-home order went into effect.

Samuel said they are going dark, but they are not going silent.

"We want to be part of, and will be part of reopening, and I think the question for us is: When that is and what that looks like. At the moment, what we know is, it doesn't look like the season we announced, gathering that many people."

Furloughs, pay cuts and layoffs will not make up the shortfall.

The association is launching a $35 million campaign called "Play Your Part." It will support operations and programs including Youth Orchestra Los Angeles.

The Pasadena Pops was also forced to cancel its summer concert season for the pandemic. Lora Unger, Pasadena Symphony and Pops CEO, said her organization's size allowed it to quickly pivot and move the entire program for a year.

Speaking on Eyewitness Newsmakers, the Pops CEO said if subscribers hold onto their tickets for a year, they won't miss a thing.

"It was really the only option because of our size, the relationships with our artists, we were able to in one fell swoop reschedule the entire summer concert series," Unger said.

The Pops' Principal Conductor Michael Feinstein said music at the L.A. Arboretum should not be missed.