1 killed in multi-car crash in Hollywood 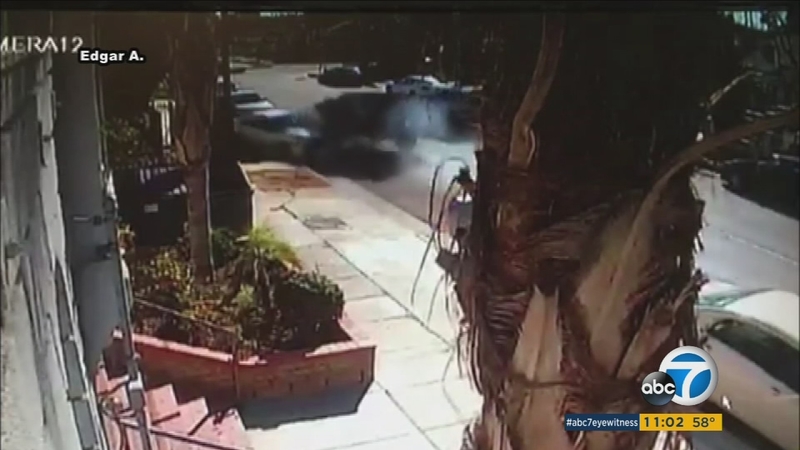 1 killed in multi-car crash in Hollywood

HOLLYWOOD, LOS ANGELES (KABC) -- One person was killed in a four-car crash in Hollywood Saturday afternoon.

Around 2:28 p.m., Los Angeles firefighters responded to a traffic collision in the 1100 block of N. Edgemont Street. Four cars were involved - two of which were possibly parked - and one rolled over, authorities said.

During the preliminary investigation, authorities learned a black SUV struck a silver SUV when they were stopped at a red light at Fountain Avenue and Edgemont Street.

The two cars were "joined together," according to Lt. Melody Hainline with the LAPD, and the cars headed southbound on Edgemont before separating. The black SUV then veered into the opposite lane and struck two parked cars before flipping onto its side. The last part of the crash was caught on surveillance video from a nearby home.

Fire officials said the driver of the black SUV, a 70-year-old woman, was dead at the scene. Another person, a 7-year-old girl believed to be the woman's granddaughter, suffered minor to moderate injuries, LAFD officials said. She was transported to a nearby hospital.