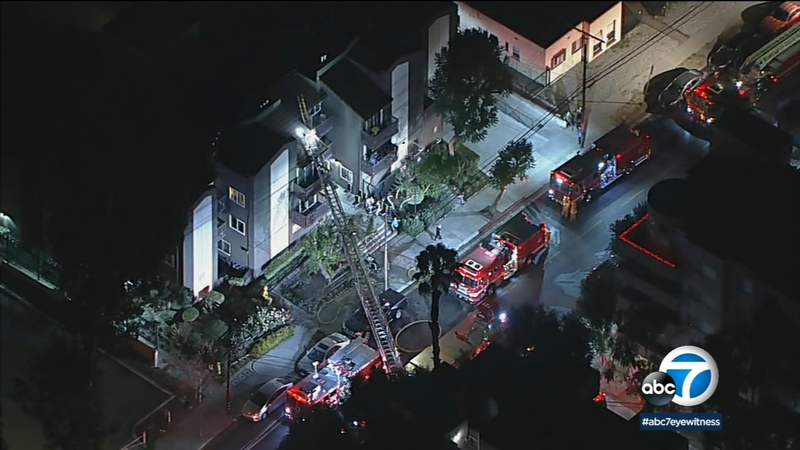 HOLLYWOOD, LOS ANGELES (KABC) -- A 60-year-old woman died after a fire broke out inside an assisted living facility in Hollywood Wednesday night.

The fire started just before 10:45 p.m. in the facility located on North Las Palmas Avenue, according to the Los Angeles Fire Department. Firefighters located the fire in one unit.

After the flames were extinguished, firefighters rescued the woman during a search of the apartment. The woman was treated at the scene then taken to a hospital, where she later died, officials said.

The woman's identity wasn't immediately released and no injuries were reported.