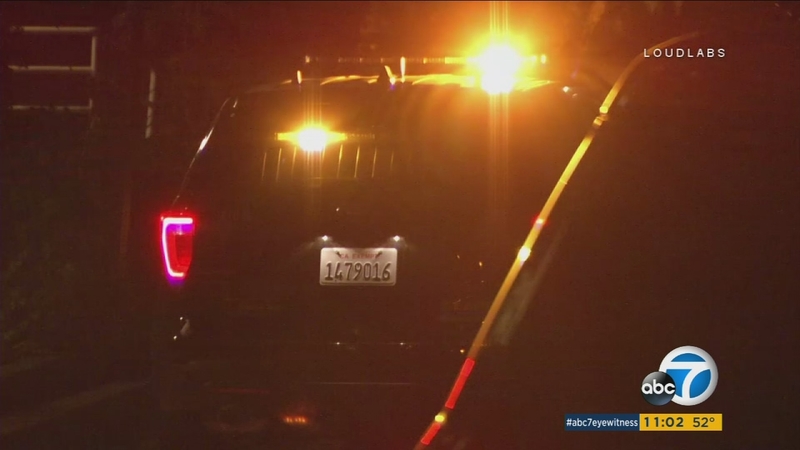 HOLLYWOOD HILLS, LOS ANGELES (KABC) -- A man was carjacked right outside of his Hollywood Hills home by a suspect pretending to be a police officer Tuesday night.

The incident happened around 8:15 p.m. in the 1200 block of N. Clark Street. The victim said he pulled over for who he thought was a police officer. The suspect was a in a black Dodge Charger with tinted windows and a blue light.

The victim said the suspect got out and flashed a police badge and gun before telling him to get out the car. Then the suspect handcuffed the victim and took his 2013 Toyota Corolla.

The victim was unharmed in the encounter.

When authorities arrived at the scene, they said that the suspect's car was also gone, which leads them to believe there is a second suspect involved in the crime.

Authorities canvassed the neighborhood looking for clues. One neighbor, Troy Adams, said police asked him if he had a surveillance camera that could have caught video from the scene, but he did not. He said after what happened, he will be installing a camera.

"This is outrageous. Nothing like this has ever happened in this neighborhood. I've lived here for 13 years and never seen anything like it," he said.