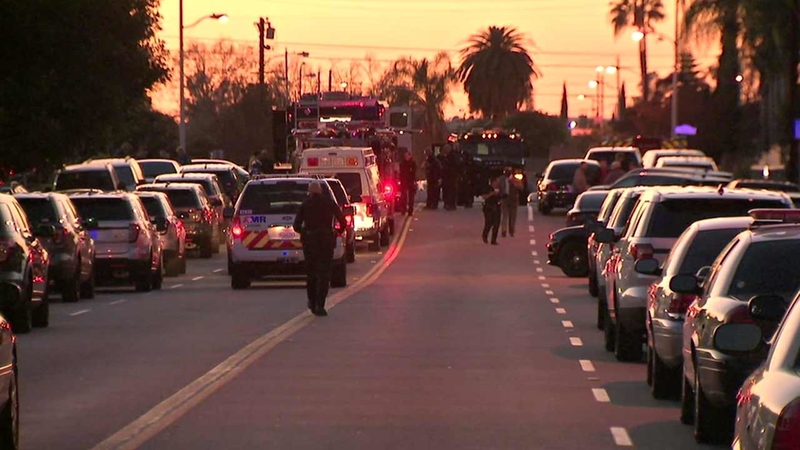 ROSEMEAD, Calif. (KABC) -- A man suspected of fatally shooting a 27-year-old father of two in the Hollywood Hills Sunday night was shot and killed by police following an hours-long standoff in Rosemead, Eyewitness News has learned.

Police initially said the suspect had been taken into custody and transported to a local hospital after being shot by police in the 3500 block of Strang Avenue in Rosemead Tuesday night. Eyewitness News has now learned the suspect was killed and a coroner was called to the scene.

Neighboring homes were evacuated and SWAT and crisis negotiation teams were called to the scene after the suspect, identified by police as Tien Hua, barricaded himself when police arrived to try to serve arrest and search warrants.

Henry Estrada, 27, is honored at a memorial near the site where he was shot in the Hollywood Hills.

Hua allegedly shot and killed Henry Estrada near Camrose Drive and Sycamore Avenue in the Hollywood Hills at about 8:30 p.m. Sunday. The extent of the relationship, if any, between Hua and Estrada remains unclear.

The suspect allegedly chased Estrada up a hill and shot him multiple times. He was pronounced dead at the scene.

If you have any information about this case, you're urged to contact police at (877) LAPD-24-7.