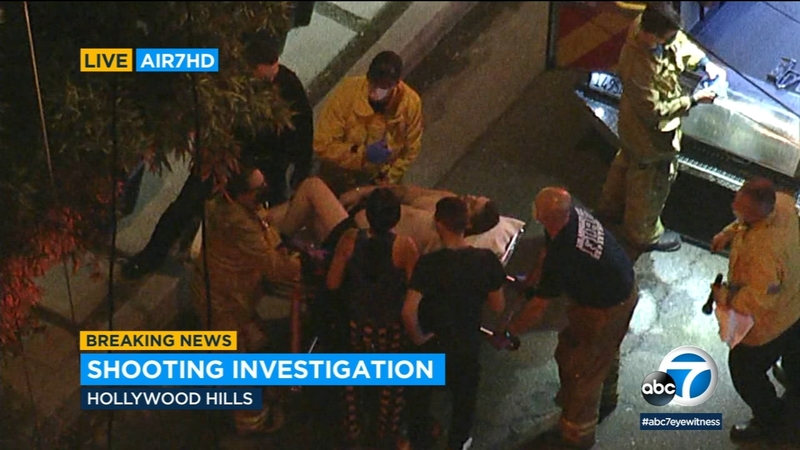 HOLLYWOOD HILLS, Calif. (KABC) -- A gunman is sought after a man was shot and wounded in the Hollywood Hills Thursday night, police said.

AIR7 HD was over the scene around 10:40 p.m. as LAPD was investigating the shooting in a neighborhood in the 1200 block of N. Clark Street, near the Sunset Strip.

The victim was seen on a gurney after suffering what appeared to be a non-life-threatening injury to his back.

The man was transported via ambulance to Cedars-Sinai Medical Center to be treated.

A suspect description was not immediately released.

Further details about the shooting were unavailable.