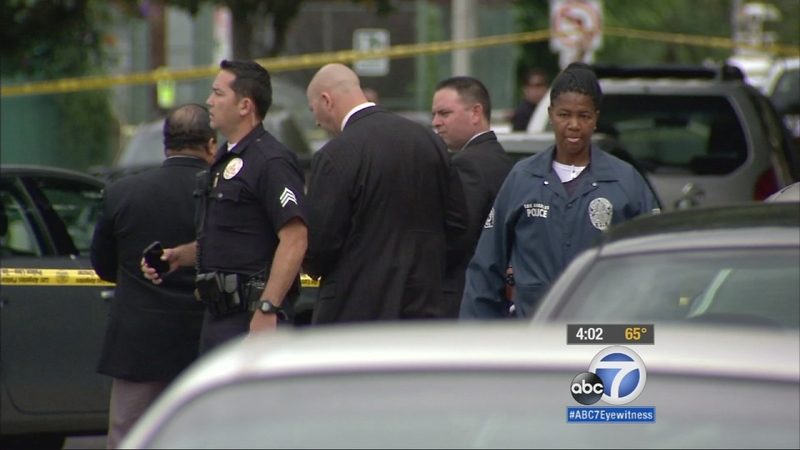 HOLLYWOOD, LOS ANGELES (KABC) -- A search is underway for a suspect who fatally stabbed a man in broad daylight in Hollywood on Wednesday, steps away from the heavy foot traffic of tourists on Hollywood Boulevard.

Police received a report of a possible shooting in the 1700 block of Cherokee Avenue around 8:40 a.m. Responding officers found a deceased male adult in his mid-20s in a parking lot near a parked car.

"I don't know if this was a street confrontation or they just met each other in the parking lot or [if] there was a relationship," said Lt. John Jenal of the Los Angeles Police Department.

Los Angeles resident Jeanette Yoffe was in the area having lunch with her sister, who is visiting from Spain, when she noticed the police investigation.

Her sister, Silvina DeLia, said something of this nature would not occur in Europe.

The suspect was described as an African-American male. Police said the man was last seen in a stolen brown Ford F-150 truck with North Carolina license plate CLJ5472.

Police initially said they were searching for three suspects, but have since said only one suspect was involved in the fatal stabbing.