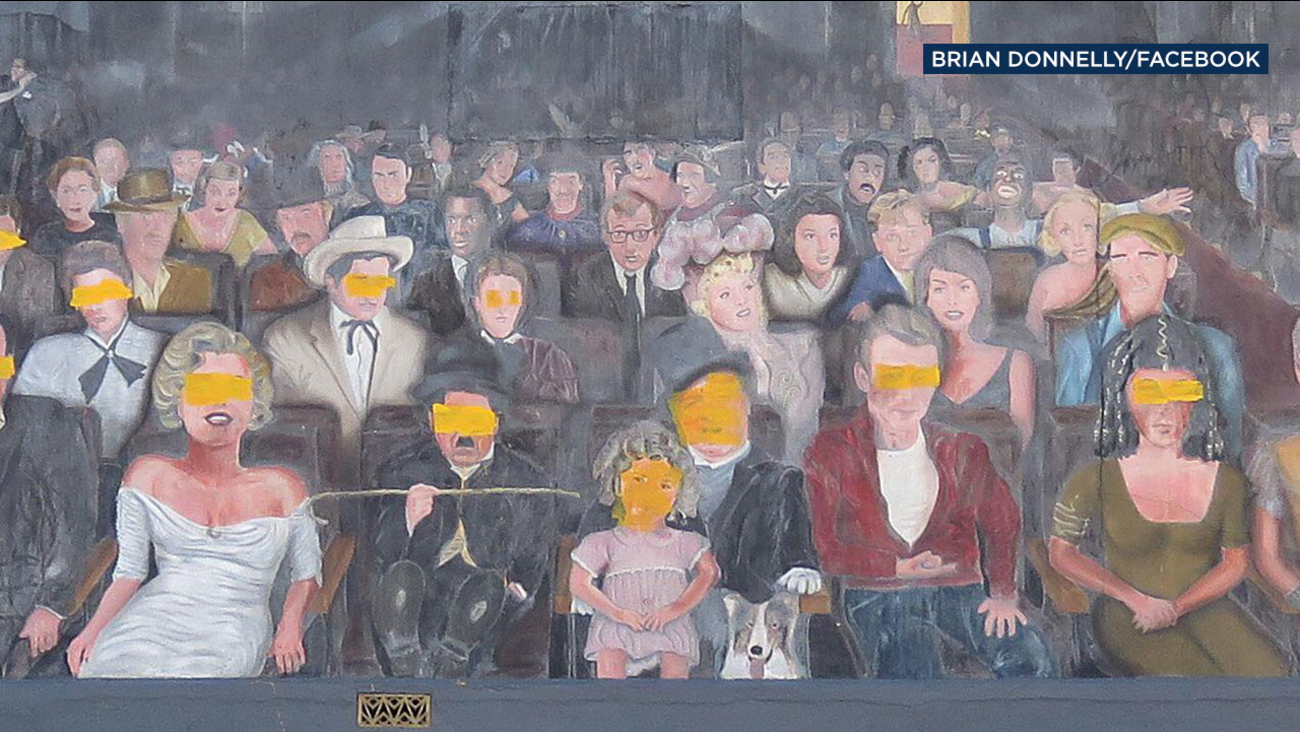 The "You Are the Star" mural on Hollywood Boulevard was vandalized recently. (Brian Donnelly/Facebook)

HOLLYWOOD (KABC) -- A landmark Hollywood mural that was featured in "La La Land" has been vandalized.

The "You Are the Star" mural sits at Wilcox Avenue and Hollywood Boulevard. It features classic Hollywood legends like Charlie Chaplin, James Dean and Richard Pryor sitting in the audience at a theater looking at the viewer of the mural.

Someone painted yellow bars over the faces of several stars, including Marilyn Monroe, Clark Gable and Shirley Temple, among others.

Other walls and street objects in the area were also vandalized.

The same yellow paint was also splashed on the Hollywood Walk of Fame near Art Linkletter's star. A trail of yellow footprints leads away from the spill.

Authorities are trying to figure out who is responsible.

Some cleanup work has already begun to remove the paint.

The mural was painted in 1983 by artist Thomas Suriya, according to the Mural Conservancy of Los Angeles.