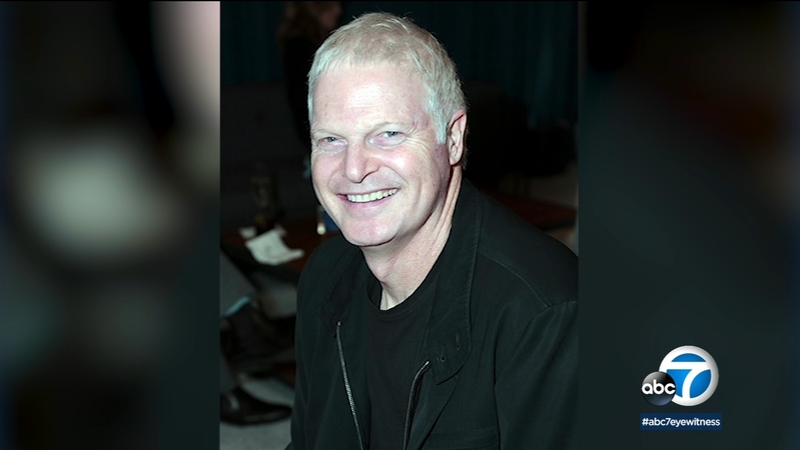 Bing lived at a high-rise luxury tower in Century City, where a death investigation was underway. It is believed he jumped from the building.

Bing, 55, was a prominent Hollywood producer and contributor to charitable and political causes who was behind films such as "The Polar Express" and the Rolling Stones concert film "Shine A Light."

"I loved Steve Bing very much," former President Bill Clinton wrote on Twitter. "He had a big heart, and he was willing to do anything he could for the people and causes he believed in. I will miss him and his enthusiasm more than I can say, and I hope he's finally found peace."

I loved Steve Bing very much. He had a big heart, and he was willing to do anything he could for the people and causes he believed in. I will miss him and his enthusiasm more than I can say, and I hope he’s finally found peace.

Bing inherited an estimated $600 million from his grandfather Leo Bing, a New York real estate developer, at age 18. He turned to put much of the money to use investing in Hollywood. He was also a writer involved in films such as "Kangaroo Jack."

IMDB lists 20 producing credits to Bing's name, including films such as "Get Carter" with Sylvester Stallone, "The Big Bounce" with Owen Wilson and Morgan Freeman, and an untitled documentary now in production about singer Jerry Lee Lewis.

Although generally a private individual, his personal life became subject to tabloid reporting after he became involved in two separate paternity cases in 2001.

He fathered a son with model Elizabeth Hurley and initially denied paternity until a DNA test proved otherwise.

He also fathered a daughter with tennis player Lisa Bonder and became involved in a legal fight involving billionaire Kirk Kerkorian - who had been married to Bonder and suspected their child was not his own. Krekorian hired a private investigator who managed to obtain a string of dental floss used by Bing that was used to conduct a DNA test that proved Bing's paternity.