HOLLYWOOD, LOS ANGELES (KABC) -- Screams echoed from the courtyard of a Hollywood and Highland shopping complex as a Russian tourist was repeatedly stabbed Wednesday.

New York Police Department Detective Dan Mulligan and his partner, Detective Albert Ramos, were off duty, but in Los Angeles on official police business when they stepped out from a nearby Starbucks and witnessed the attack.

The two detectives spoke exclusively with Eyewitness News Thursday about subduing the suspect.

They saw a woman with two children who was in a panic as her husband was bleeding and the suspect held a kitchen knife.

"I heard a woman screaming up on the promenade, up on the concourse, and she ran past us with her two children and she ran back to what we saw was a fight in progress and she came back screaming again...," Mulligan said. "Al went to the left, I went to the right. The victim came toward me. Al yelled a police command, 'Get on the ground. Drop the knife.' Thank God he complied immediately, and it was over in a matter of seconds."

He added that there was immediate concern for the victim in what he described as a 4- to 5-inch slice about an inch-and-a-half wide to the person's neck.

"It looked bad at first, I just hope it wasn't the jugular, and thank God, I believe it wasn't because he's still alive today," Mulligan said.

The suspect was identified as Donald Offerman, 54, of Los Angeles. He has been charged with attempted murder and his bail was set at $500,000.

As the detectives fly back to New York Thursday afternoon, both said they were simply in the right place at the right time and did what they were trained to do.

"I don't think we are heroes, I think we did our job, we definitely appreciate it - it feels good to get a pat on the back every once in a while," Ramos said. 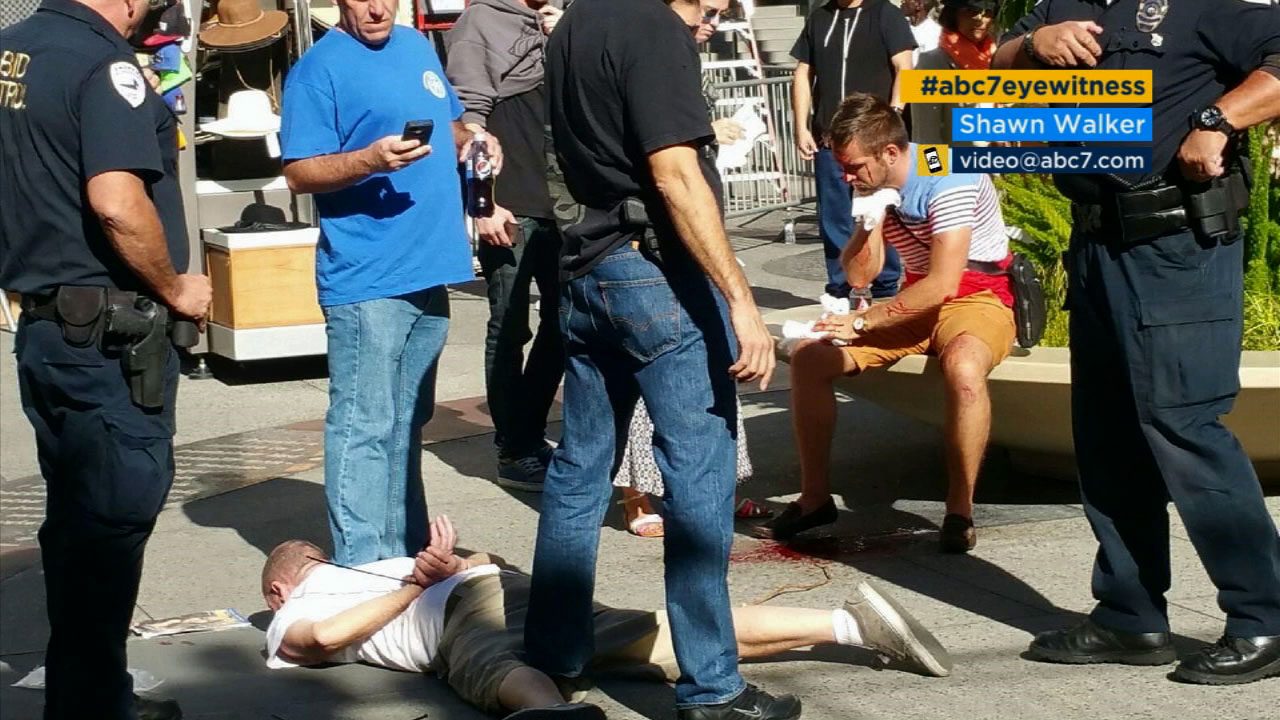