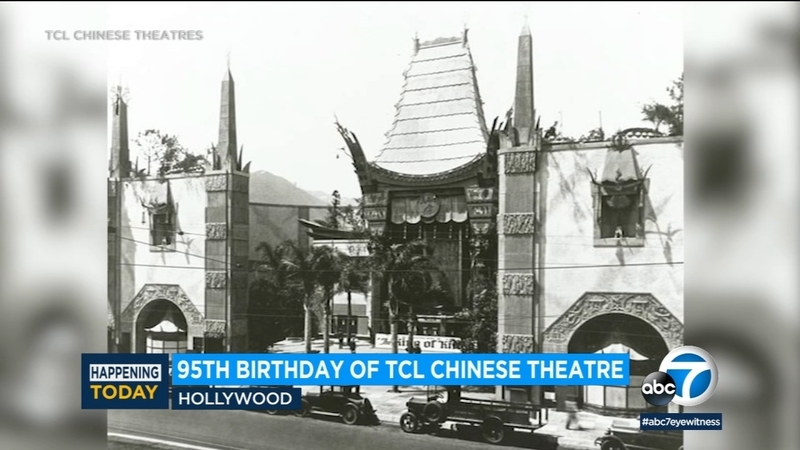 First known as Grauman's Chinese Theatre when it opened in 1927, the Hollywood Boulevard icon is perhaps best known for the celebrity footprints and handprints that were first placed in cement out front the following year.

"Something happens when we come together, which is much greater than the individual parts," said vocalist Anthony Kiedis.

The handprint ceremony helped the theater become an international tourist destination. It has also hosted countless premieres, including the first showing of "Star Wars" in 1977.

During peak season, the theater can host more than 20,000 visitors a day.

It's also home to the world's biggest IMAX theater.

It typically hosts more than 40 movie premieres each year as well as the Turner Classic Movie Film Festival and AFI Film Festival.

To commemorate the milestone, a ceremony was held outside the theater Wednesday.