VIDEO: Fight breaks out at Donald Trump star on Hollywood Walk of Fame 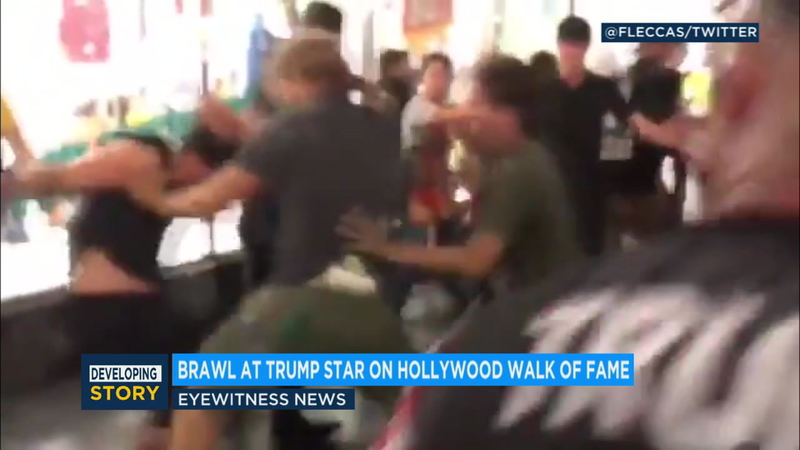 HOLLYWOOD, LOS ANGELES (KABC) -- Los Angeles police are looking for two men accused of assaulting three Donald Trump supporters after video captured a fight that broke out at the president's star on the Hollywood Walk of Fame Thursday night.

The incident occurred at approximately 9:30 p.m. on the corner of Hollywood Boulevard and Highland Avenue. Police said no one was seriously hurt and no arrests were made, but the suspects are wanted for assault and stealing a camera.

Video posted to Twitter of the moment shows a man confronting what appears to be a Donald Trump supporter and shouting expletives toward the man as bystanders looked on.

[INSANE VIDEO]: Fight breaks out at Donald Trump’s star on Hollywood Boulevard. All because @ElijahSchaffer was wearing a Trump jersey and USA hat.

Be safe out there. The intolerance is real! pic.twitter.com/eGk6pYKiti

The phrase, "get out of my face" is heard in the video before the fight breaks out in front of a Forever 21 store.

According to the LAPD, the two males took off running.