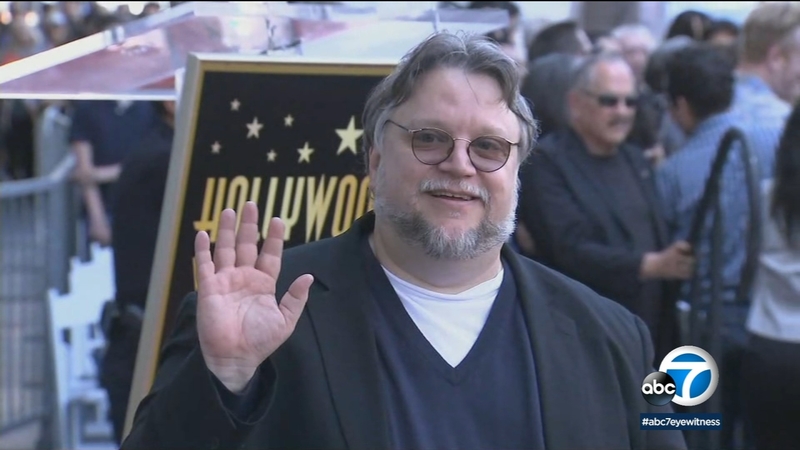 HOLLYWOOD, Calif. (KABC) -- Oscar winning filmmaker Guillermo del Toro saw his star unveiled on the Hollywood Walk of Fame. The ceremony took place just a few days before the release of the latest film he's written and produced, "Scary Stories to Tell in the Dark."

At the ceremony del Toro told the large crowd of fans to always celebrate their "weirdness." He remembered coming to Hollywood as a young man and admiring the stars of Boris Karloff, Lon Chaney, and Alfred Hitchcock.

"What I felt with those stars is there were people who were as weird as me and they were here. And it gave me hope," said del Toro. "This star is for you, all of you who that feel weird."
EMBED More News Videos

"You are a mind-bendingly, brilliant creator, a curator of the most remarkable collection of art, a man who tells stories of unlikely heroes with hearts almost as large as his own," said Abrams.

Del Toro also spoke about being an immigrant from Mexico, and encouraged everyone to believe in the possibilities in life, not the obstacles.