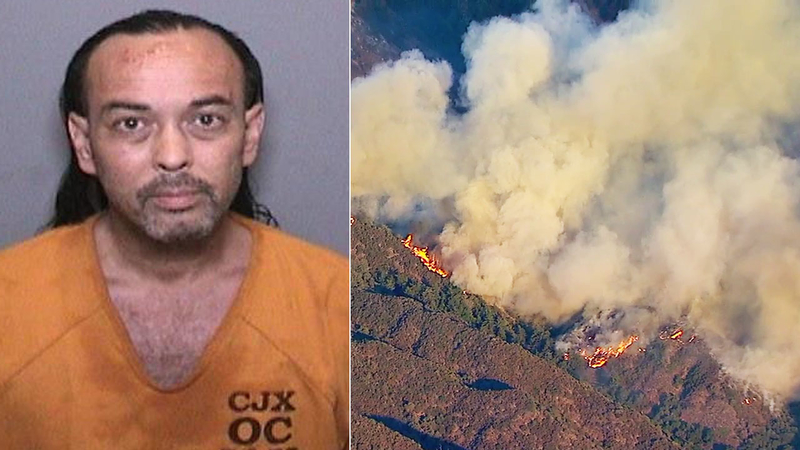 TRABUCO CANYON, Calif. (KABC) -- A man was arrested Wednesday in connection with the Holy Fire, which has burned more than 6,200 acres in the Cleveland National Forest.

Forrest Gordon Clark, 51, was booked into the Orange County Jail on suspicion of two counts of felony arson, one count of felony threat to terrorize, and one count of misdemeanor resisting arrest. If convicted on all of the charges he faces, Clark could be behind bars for life.


He is being held in lieu of $1 million bail and is set to be arraigned Thursday. Officials do not believe Clark is connected to any other fires in Orange County.

According to the Orange County Register, Clark owns a cabin in the area that's at the heart of the Holy Fire.

The Holy Fire is not letting up Wednesday as it continues to burn out of control in the Cleveland National Forest for the third day.

He reportedly has had conflicts with his neighbors for years and sent an email warning, "This place will burn" to a volunteer fire chief last week.