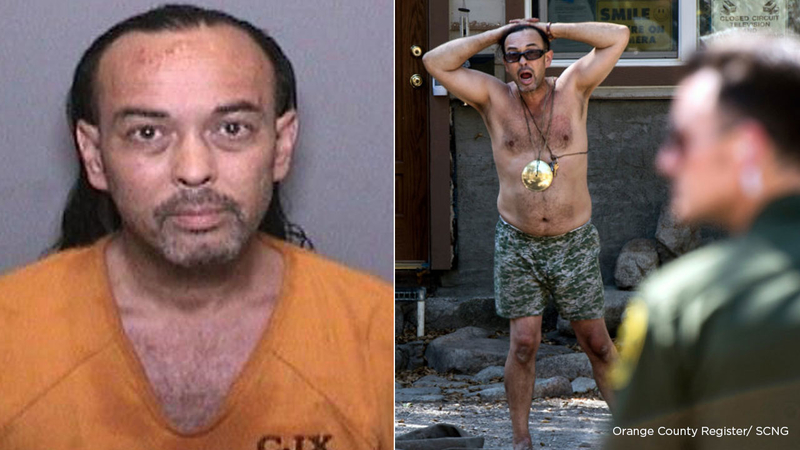 TRABUCO CANYON, Calif. (KABC) -- A 51-year-old man was charged Thursday with felony arson and making criminal threats - among other counts - in connection with the Holy Fire.

Clark's arraignment was delayed because he refused to come to court Thursday morning, officials said.

The fire Clark is accused of starting in Trabuco Canyon has charred more than 9,600 acres. It was just 5 percent contained as of Thursday.

The fire has also prompted a smoke advisory across both counties.

A man was arrested Wednesday in connection with the Holy Fire, which has burned more than 6,200 acres in the Cleveland National Forest.


Clark has reportedly had conflicts with his neighbors for years and sent an email warning, "This place will burn" to a volunteer fire chief last week.

Of the 14 cabins in the area of the fire, Clark's is apparently the only one still standing.

Eric Lint, a neighbor of Clark whose cabin burned in the blaze, said he was not surprised by Clark's arrest. "He was a constant problem," Lint said. "We regarded him and the other gentleman as the Hatfields and McCoys."

Kyle Lint, another neighbor, said Clark had been making threats and acting strangely in the days leading up to the fire. "It wasn't like it was out of the blue," he said. "It's just sad that you live out there in, I call it a paradise, and it's like hell now."