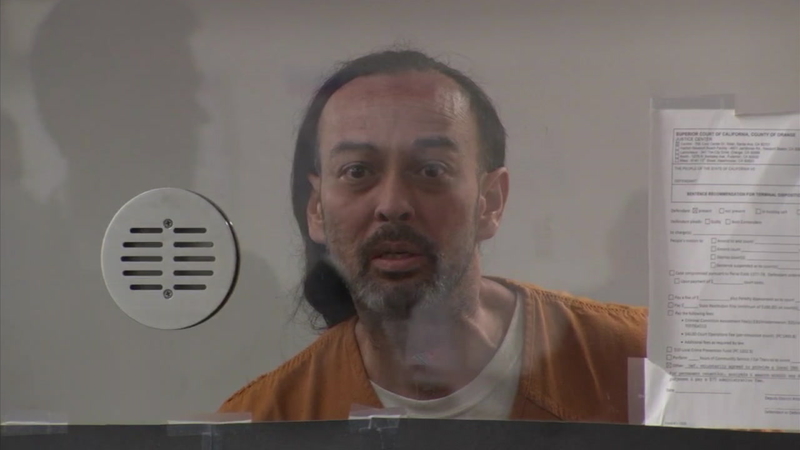 SANTA ANA, Calif. (KABC) -- The man accused of starting the 22,986-acre Holy Fire in the Cleveland National Forest appeared at an arraignment in Santa Ana on Friday that was suspended by a judge after multiple outbursts from the defendant.

Forrest Gordon Clark, 51, is suspected of igniting the massive blaze that is 85 percent contained after prompting thousands of residents to evacuate their homes. The slew of charges against him includes aggravated arson, arson of inhabited property, arson of forest, criminal threats, resisting and deterring an executive officer and arson burning multiple structures.

On Friday morning, Clark stated that he was not guilty although he had not been asked to enter a plea. He then continued rambling even as the judge ordered a temporary recess of the proceeding.

Matter was just called. Clark pleaded not guilty, without being asked, then went on a rambling outburst. Asked the judge if she knew what she was doing. @ABC7 https://t.co/doEP9fPRTT

Bizarrely, Clark at one point addressed the tie that a man in the courtroom was wearing. The judge said she doubted the competency of the defendant, who said his "live energy is being transmitted."

Clark then stood up on a bench, pointed to members of the media and held up what appeared to be an envelope with writing on it.