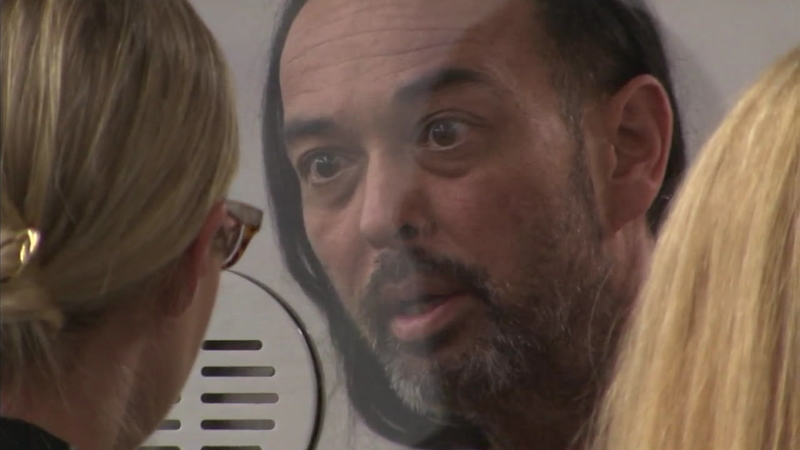 SANTA ANA, Calif. (KABC) -- The 51-year-old man accused of igniting the massive Holy Fire in August entered a not-guilty plea Wednesday in Santa Ana, where he was arraigned on multiple arson charges.

An initial hearing for Forrest Gordon Clark was postponed in August after he made multiple outbursts in court, prompting an Orange County superior court judge to question his mental competency. Another judge ruled last month that Clark was competent to assist in his own defense.

The defendant made no similar verbal outbursts at the Central Justice Center on Nov. 28. He returned to court at the facility Wednesday morning, after which he remained held on $1 million bail.

During the proceedings, Public Defender Nicole Parness cited a new police report from an arson investigator. According to Parness, the report names a second possible suspect.

"It's Michael Milligan, the volunteer fire chief," the attorney told reporters. "He has been listed as a viable suspect. And it has been said that he had the motive, the opportunity.

"There's a lot more coming out that I am still looking into," Parness added, "and I want the truth."

Prosecutors downplayed the possibility of a second suspect, characterizing it as speculation.

"It was brought up as a thought or an alternative theory on the case," Deputy District Attorney Jake Jondle said. "As far as possible additional suspect, there's no credible evidence to suggest that is the case, and we're confident that Forrest Clark is the correct suspect."

ABC7 was unable to immediately reach Milligan for comment.

The man suspected of starting the Holy Fire had his bail set at $1 million after having several outbursts during his first court appearance on Friday.

In connection with the 23,136-acre Holy Fire, Clark was charged with aggravated arson, arson of inhabited property, arson of forest, criminal threats, resisting and deterring an executive officer and arson burning multiple structures.

Clark allegedly had conflicts with his neighbors for years and sent an email warning, "This place will burn" to Milligan.